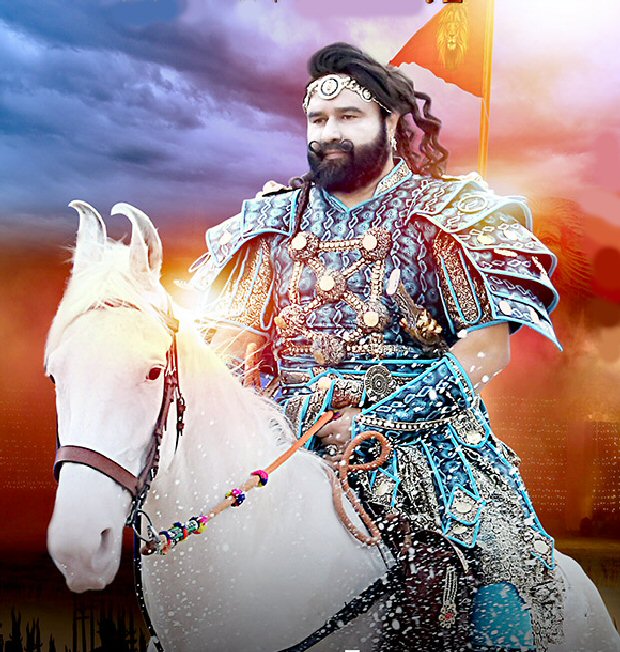 MSG The Lion Warrior Heart has been creating waves since its trailer release. Another creation of history invented by them is for the very first time a father and daughter have directed a film together. Saint Dr MSG along with daughter Honeypreet Singh Insan have ignited wonders by working together on this film. Right from the special effects to its cinematography, every aspect has become the talk of the town.

Like it’s said a daughter is her father’s princess, and a father is a daughter’s king; the relationship shared between them is no different. It is the celebration of work of an exemplary daughter and a doting father. Baap-Beti ki jodi as mentioned in the credits of the film, but an exceptional amount of hard work by both Saint Dr MSG and Honeypreet Insan has gone into the film!

Speaking on this baap-beti ki Jodi Honeypreet says, “It has been a delightful participation working with Dad. He encouraged and motivated me at every step I worked. It’s not only the exceptional talent of my father that made things easier but also his mind-blowing acting and his art of memorizing the dialogues of his co-actors too."

She further added, “Initially I was too frightened and uncertain to direct, but Guruji- my father boosted me by saying, Look you are the daughter of a Lion like father, so you are a Lion too. Since then things curved smoother and simpler for me.

One can’t deny but agree that Saint Dr MSG’S daughter is as artistic as him. The baap-beti ki jodi has garnered accolades from various corners of the world.

Revealing some insights, MSG said that all stunts were done without duplicates. Fight sequences of his daughters Honeypreet Insan and Charanpreet Insan earned  praises from fight master Abbas Ali. In fact, the trailer has been welcomed so warmly internationally, that Germany included this film’s trailer in its top fifteen list.

Now that’s a proud moment for India and the Indian film industry. The Germans have even gone to the extent of naming them as the God of War, thanks to its extensive and explosive war scenes.

As for the film itself, MSG The Lion Warrior Heart is slated for release on October7, 2016.

“Jattu Engineer is a perfect blend of…