Varun Dhawan and Shraddha Kapoor starrer Street Dancer 3D have been the talk of the town ever since the film went on floors earlier this year in January. The film also features several professional dancers some of whom featured in ABCD 1 and 2, and some new faces have also been added. 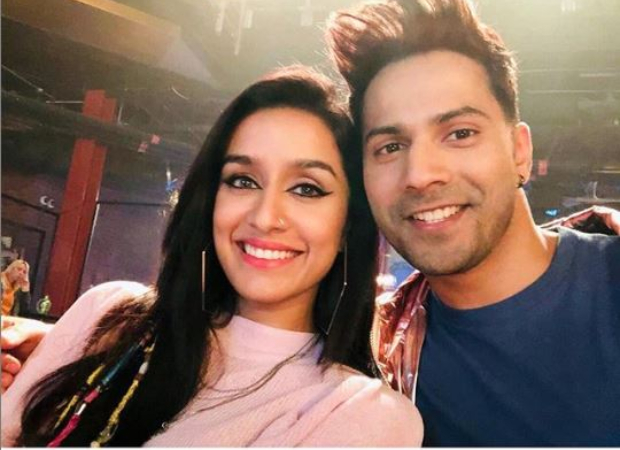 Ahead of the trailer launch of the film, which is slated to release on December 18, Varun took to the Instagram story to share a photo of the team from ABCD 2 and compared it with Street Dancers 3D's cast. The picture was a collage of  ABCD 2’s team featuring Varun, Shraddha, Dharmesh, Salman Yusuf, and others and the second one had many others like Nora Fatehi, Raghav Juyal, and others. In the first picture, Varun and Shraddha were seen posing with other dancers and Remo D’Souza was seen clicking their photo. 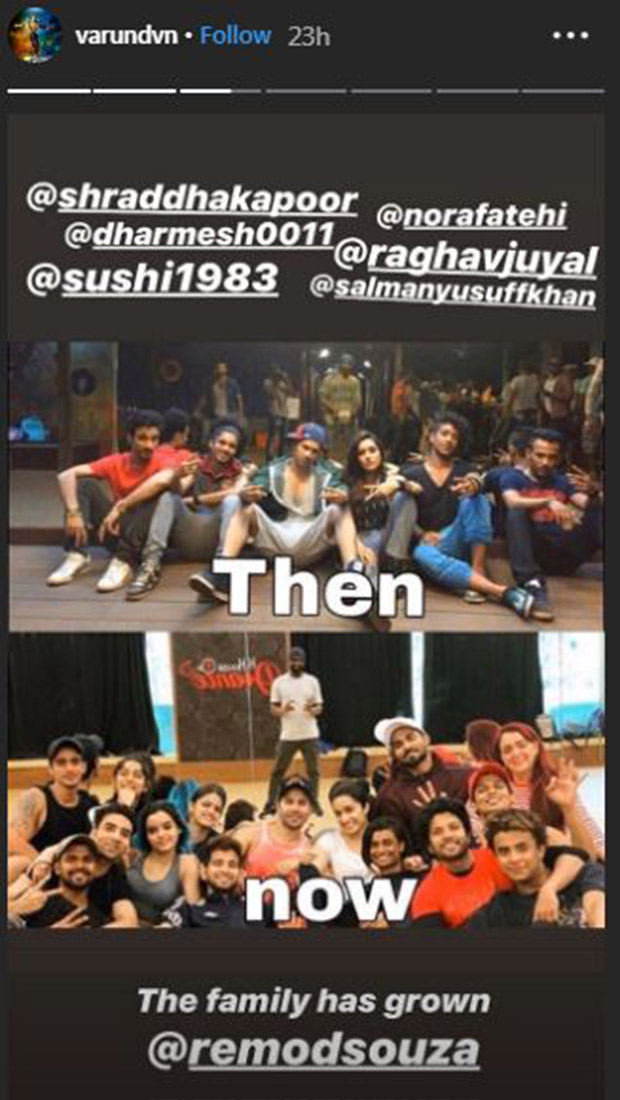 In the second photo of the Street Dancer 3D crew, Varun, Shraddha, Salman, Dharmesh, Nora, and others can be seen smiling for a photo and once again, Remo turned photographer for the same. Varun wrote, “ Family is grown @remodsouza”

A few days ago, Varun Dhawan released the official poster of the film. Meanwhile, Shraddha Kapoor shared her first look poster from the film today. The Remo D’Souza directorial is being said to be the biggest dance film that India has ever seen and the makers have made sure to make it bigger and better than ever. After delaying the release date from November 8, 2019, to January 24, 2020, team Street Dancer 3D promised to make it worth the wait for the audience.

Also Read: The first poster of Varun Dhawan and Shraddha Kapoor starrer Street Dance 3D looks intense and it is only the beginning!