While he is busy with his forthcoming films, we recently saw Varun Dhawan sharing a rather unique post on social media. The Kalank actor decided to post about his love for cinema, albeit with a picture and video as a dedication. He also spoke about his childhood memories associated with it and his father, David Dhawan's work. 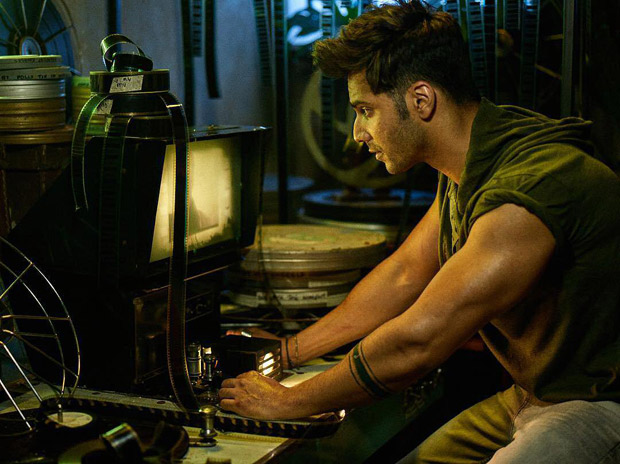 We recently saw Varun Dhawan sharing this picture of himself, from what looks like a photoshoot. He is seen sporting a tad bit of rugged avatar in the hoodie and denims, staring into the editing machine by Steembeck. Speaking on his love for films, the actor posted a caption expressing the same saying, “Cinema #wherestoriescometolife @ridburman.”

The actor went to share a video on the same platform. He also shared nostalgic memories of his childhood days when his dad, filmmaker David Dhawan used Steembeck for editing and expressed his feelings of using a Steembeck for the first time in his life. "My dad used to edit a lot on this. Like pretty much my entire childhood would be running into a studio and seeing my dad, cutting, sticking and editing on this. He has edited some very big films for very big directors on this. Today is the first time I am seeing myself on the Steembeck,” he said in the video shared by him.

He also captioned the video saying, “Sometimes it’s important that something from the PAST comes back to the PRESENT to form your FUTURE. (My dad is a gold medalist from FTI and has edited many films on this machine)#shootdiaries.”

Sometimes it’s important that something from the PAST comes back to the PRESENT to form your FUTURE. (My dad is a gold medalist from FTI and has edited many films on this machine)#shootdiaries

On the work front, Varun Dhawan will next be seen in the film #3 which is directed by Remo D’Souza. Produced by the filmmaker’s wife Liselle D’Souza and Bhushan Kumar, the film also reunites Varun with his ABCD 2 co-star Shraddha Kapoor. It also features Nora Fatehi, Sonam Bajwa, Shakti Mohan, Vartika Jha amongst others in lead roles. The film, inspired by Step Up franchise, is expected to explore dance forms like hip-hop and will be extensively shot in Punjab and UK.