A new number from the upcoming multi-starrer Total Dhamaal is set to release tomorrow. Total Dhamaal is the third instalment of the Dhamaal franchise and has received mixed reviews for its trailer. Their first song ‘Paisa Yeh Paisa’ was a groovy number and the audience appreciated having Anil Kapoor and Madhuri Dixit back on screen. The trailer on the other hand has not garnered as much attention and appreciation as the makers expected. 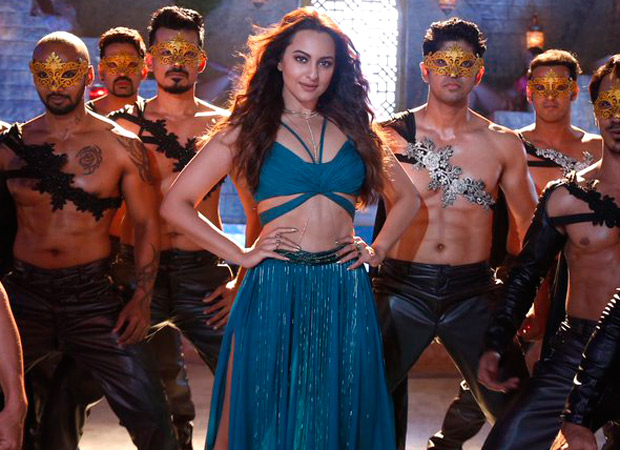 Coming back to the song, it is titled ‘Mungda’ and will have Sonakshi Sinha grooving to its beats. However, Sona will not be a part of the film except for the song. Sonakshi took to Instagram to share a still from the song. While she looks super-hot, we can’t wait to hear their take on the classic ‘Mungda’. Sonakshi has donned a teal blue outfit and looks absolutely ravishing with her curly locks.

Check out the picture Sinha shared.

When asked to elaborate on her number, Sonakshi said, "Its a coincidence that my last performance to an iconic song also happened to be Helen aunties, I was a part of Chin Chin Chu for Happy Phirr Bhag Yayegi and now Mungda! I feel its great that we can re-package these iconic songs and present them to the generations of today! I love being a part of them!" On working with Ajay Devgn again, Sonakshi elaborates, "Super fun! I love to pull his leg about how much he hates dancing and I got to do that a lot here since this was a dance number!"

Also Read: Sonakshi Sinha reacts to comparison with Helen over Mungda in Total Dhamaal, divulges details about Kalank and Dabangg 3