Last Updated 29.09.2022 | 11:14 AM IST
feedback language
follow us on
Bollywood Hungama » News » Bollywood Features News » TRIVIA TUNES: Kishore Kumar missing a fraction of a beat, Pritam choosing Dhoom 3 over Ek Tha Tiger, and 8 other stories from the world of music 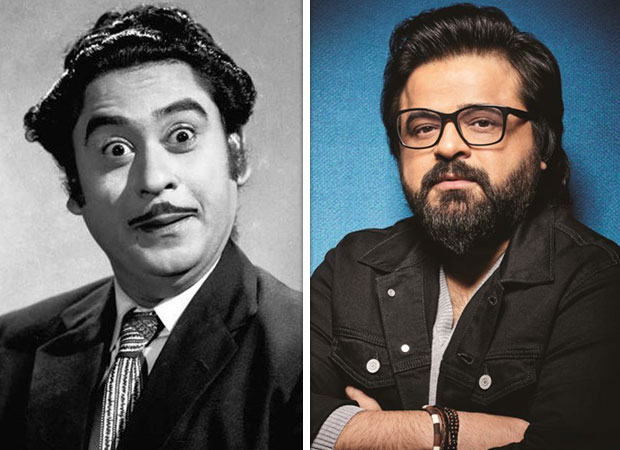 TRIVIA TUNES: Kishore Kumar missing a fraction of a beat, Pritam choosing Dhoom 3 over Ek Tha Tiger, and 8 other stories from the world of music

Before his comeback with Heropanti 2, Mehboob wrote 3 unheard songs-
Mehboob, the lyricist of films as varied as Hum Dil De Chuke Sanam, Bombay, Rangeela and Desh Devi, has staged a comeback with his songs in Heropanti 2. Reports claim that he last wrote for Yuva in 2004, but the fact is that he did write three tracks for a small film called 31st October as late as October 2016. Incidentally, these three songs were sung by Sonu Nigam, Mohammed Salamat and Javed Ali, all of who sing in the Mohammed Rafi mould.

With Amit Kumar being stuck at the passport office, Roopkumar Rathod got his film break-
The eminent singer, Roopkumar Rathod, got his film break in a piquant way. He had impressed filmmaker K. Sashilaal Nair with his skills and when a song, ‘Kitne jaldi yeh mulaqaat’ was to be recorded for the latter’s Angaar (1992), Amit Kumar, who was to sing it with Lata Mangeshkar, was held up at the passport office. Mobiles had not come in and after Lata sang her portion and left the studio, the director suggested to Laxmikant-Pyarelal that Roopkumar be tried out.

Did You Know? Om Shanti Om had five music composers-
The 2007 super-hit Om Shanti Om actually had five music directors on board in different capacities! Pyarelal of Laxmikant-Pyarelal arranged the song ‘Dhoom tana’ composed by the film’s music directors, Vishal-Shekhar. He also appeared as himself in the end-credits. Sukhwinder Singh sang in ‘Dard-e-disco’, while Bappi Lahiri made a fleeting appearance in the film as himself!

S.D. Burman’s free interchange of creativity for Devdas-
Back in the days when composers would be cordial with each other, there was a free interchange of creativity. S.D. Burman, for example, has openly acknowledged the contribution of Salil Chowdhury in the background score of Bimal Roy’s Devdas. Along with Roy and his editor and assistant Hrishikesh Mukherjee, he had approached Salil-da himself to do the background score of the last four reels.

The reason why Roshan gave up the opportunity to enter the prestigious RK Films-
But perhaps the most touching example of true mutual regards was of Roshan, who was approached for a Raj Kapoor production after the showman had a spat with Shankar-Jaikishan. Sensing the strain in their bonding, the Barsaat Ki Raat composer actually arranged a truce between them rather than using it as an opportunity to enter the prestigious RK Films fold!

When Pritam chose Dhoom 3 over Ek Tha Tiger-
After Ek Tha Tiger (his first film to have proper songs), all of Kabir Khan’s movies have had music by Pritam. But the composer reveals that he had also been approached for that film. Thanks to his frenetic schedule then and the fact that song recordings today take long due to technological reasons, Pritam had to turn down the film. “Dhoom:3 was going to start then, and I obviously chose my franchise over Ek Tha Tiger!” said the composer then. But now, with a different director at the helm, Pritam comes into the third installment of the franchise, Tiger 3.

Two well-known singers ran away from their well-to-do families for music-
Two music directors who came from well-to-do families and ran away from home to do music were Madan Mohan and O.P. Nayyar. What most fans of theirs do not know is the fact that both were untrained formally in music and yet were so accomplished. Madan Mohan, in fact, was born in Baghdad in Iraq and was the son of the famed Rai Bahadur Chunilal, a partner in two prestigious studios, Bombay Talkies and Filmistan!

Five singers and one question-
For at least 20 years from the 1980s, aspiring playback singers went through a tough time in the industry. Composer-lyricist-singer Anand Raaj Anand, who hailed from a Delhi jeweller’s family, recounted how he tried to be a singer first and was asked, like everyone else, “Aap kya gaate ho (What do you sing)—Rafi, Mukesh ya (or) Kishore?” This question had a significant hand in his decision to become a composer himself! On the female side too, it was a “clone-ly” world with singers having to either toe the Lata Mangeshkar or the Asha Bhosle line!

How Krishna Duggal came to adopt the name Rajinder Krishan-
Many lyricists often adopted and still take on pen-names for themselves. But perhaps the most interesting example here is of the late Rajendra Krishan, a super-prolific writer-director who ruled the South-made Hindi cinema for a long while as well. Krishan Duggal was named ‘Rajinder’ by his mother on a whim as there was another close relative living with them named ‘Krishan’. And so when he came into the industry, he called himself Rajendra Krishan!