Trishala Dutt may have decided to stay away from the Bollywood industry, but the star kid has always received limelight due to her social media presence. Even though she may have not been following father Sanjay Dutt’s footsteps, her posts always find supporters and fans including her own family. Her recent post on Instagram was no different where she spoke about body image and dealing with stretch marks. 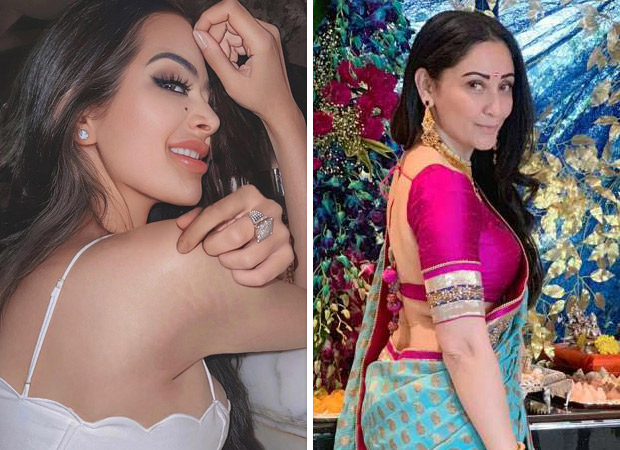 From beauty spots to stretch marks, the pressure on women, especially the ones working in the entertainment industry is extremely high. Time and again, actresses have spoken about the myths related to beauty and one amongst them are the stretch marks that often become a part of the body when we lose immense weight quickly. Speaking about it as ‘scars’, Trishala penned a heartfelt note for her Instagram followers regarding dealing with body image and how to accept these as a part of our body.

She posted this photo of her flaunting her stretch mark, saying, “My stretch marks are a sign that once upon a time, my body was growing faster & simultaneously where my skin failed to catch up with it’s growth that now has left permanent tears/scars. It’s also a reminder that my body was strong enough to take up extra space in a time that I needed it to perform the strength & capacity to fulfill certain voids in my life with lots of food in order to give me a momentarily fleeting feeling of “fullness”, happiness. Instead, it was destroying me. - I’m glad I healed from that. They’re not ideal, they’re not what I wanted, but they’re what I got. And they’re my mine. My battle wounds, which have faded over the years, but I wear proudly ????”

Followed by her post, she received shout out from many of her friends, well-wishers and even family members. Amongst them was Maanayata Dutt, Sanjay Dutt’s third wife, who not only appreciated Trishala for her candour, but also dropped a fire and heart emoji for her. This is not the first time where she has shown appreciation for Sanjay’s daughter. In the past too, Maanayata has liked and commented on many of Trishala’s posts.

For the uninitiated, Trishala Dutt is the eldest child of Sanjay Dutt born between the Shamshera actor and his first wife Richa. Followed by the latter’s demise, Sanjay went on to tie the knot with model-actress Rhea Pillai. And after their separation, he finally married Maanayata Dutt in 2008 and the couple has twins, Iqra and Shahraan Dutt.