The 74th Tony Awards were held Sunday night, honoring the best achievements of the 2019-2020 Broadway season. The ceremony was originally scheduled for June 7, 2020, but was delayed due to the COVID-19 pandemic, which shuttered Broadway for a year and a half. The ceremony was followed by the live concert event "The Tony Awards Present: Broadway's Back!," hosted by Leslie Odom Jr.. The final three awards, Best Play, Best Revival of a Play and Best Musical, were presented during the primetime special. 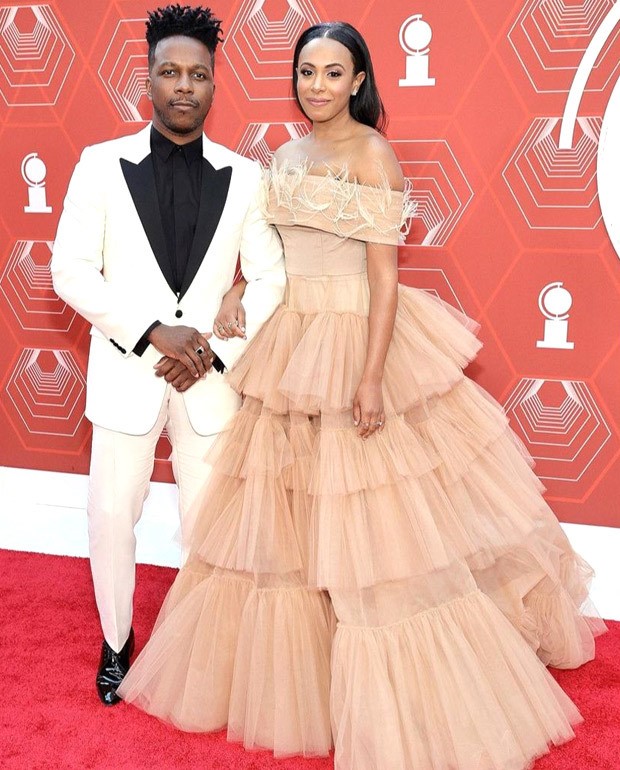 Leslie Odom Jr. and Nicolette Robinson made an appearance on the carpet. Leslie Odom was seen looking crisp in white Celine suit and Nicolette was seen in a heavily tulle nude toned tiered gown from Christain Siriano. 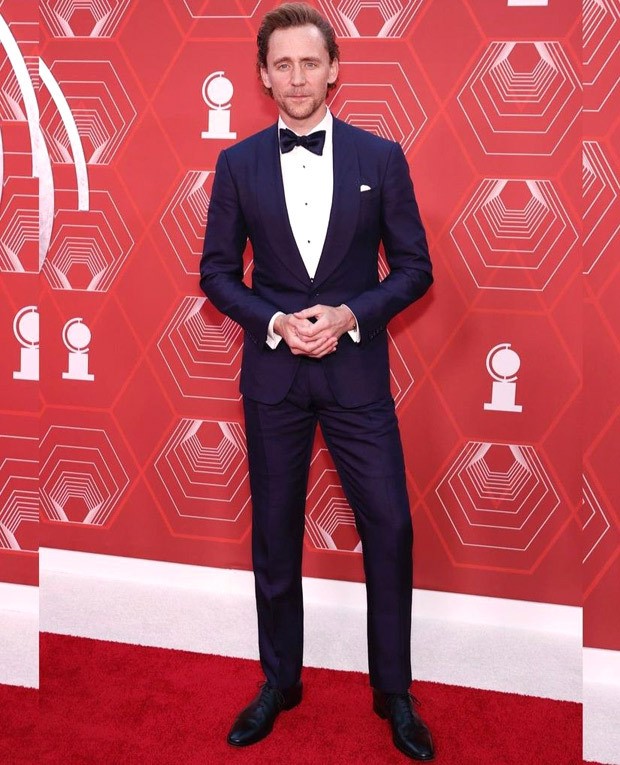 Tom Hiddleston was all suited and booted for 74th Annual Tony Awards. He looked crisp as ever in a navy blue suit. He completed the look with a white shirt, black bow tie and pointy loafers. Tom looked smart and made a case for his usual charming self. 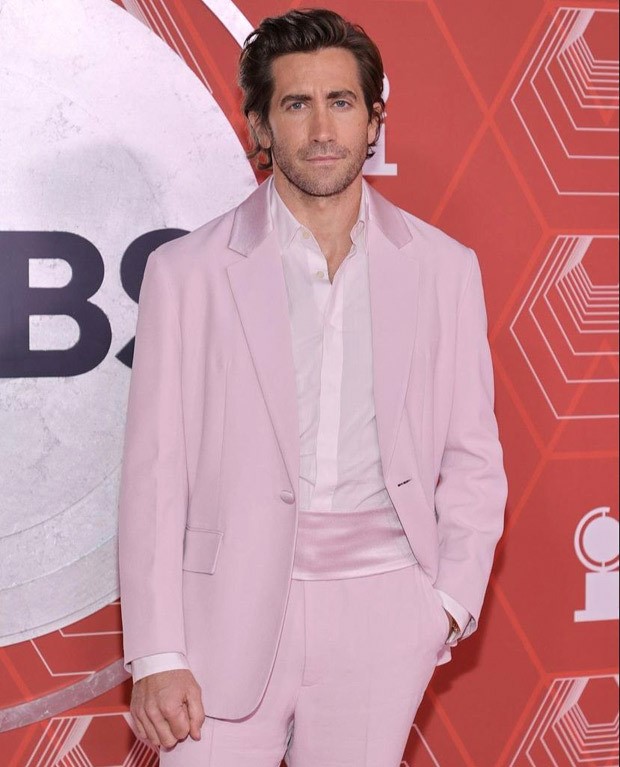 Jake looks like the perfect dream in a gorgeous millennial pink suit from Prada. He styled it with perfectly tailored pants, a blazer and a soft hued pink shirt with a satin waistband to finish off the look. His hair was neatly pulled back with a light stubble and added the last bit of formal touch with shiny black shoes. 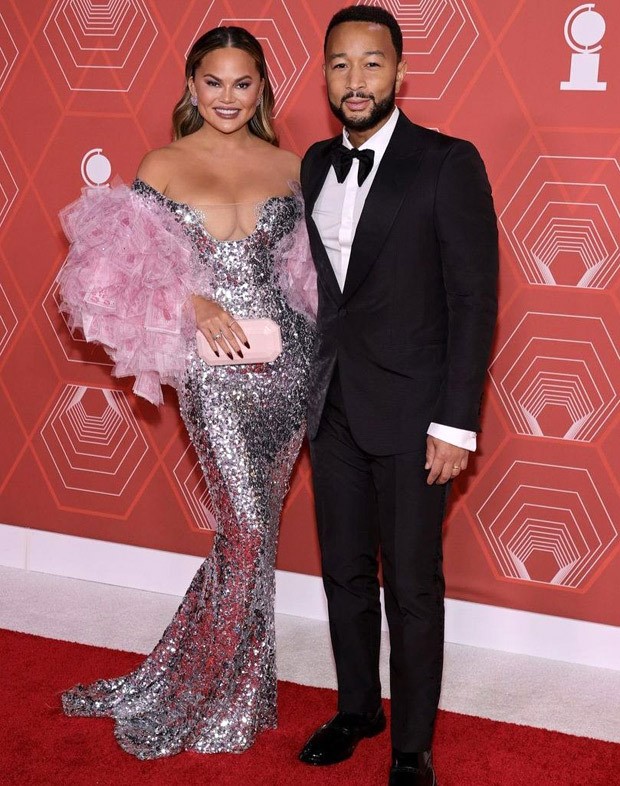 Chrissy Teigen and John Legend sparkled on the red carpet. Chrissy made a wondrous statement in a shiny couture gown from Moscow based Ulyana Sergeenko with a risquē sheer panel around the neck and heavy baby pink tulle on the sleeves that made the gown stand out in all its sparkly glory. John perfectly complemented her with a muted down look in a fitted suit with his signature beard and buzz cut. 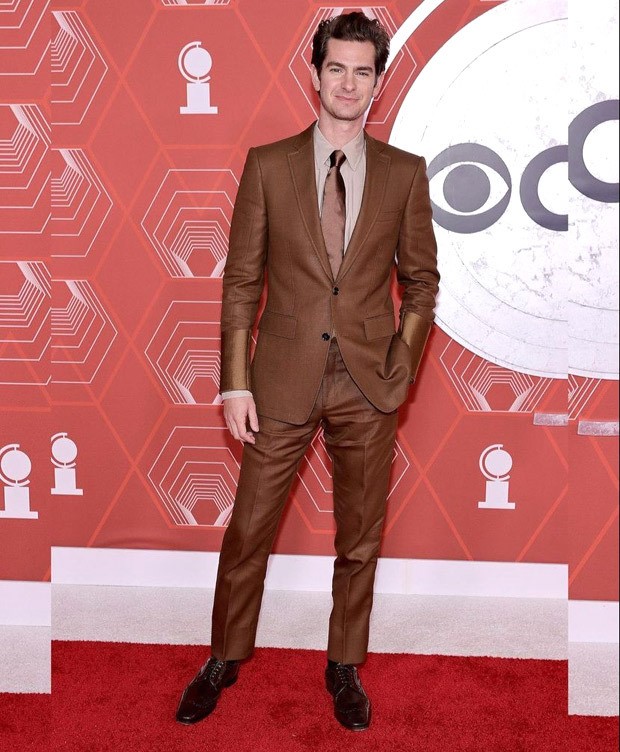 Andrew Garfield chose a look from the nude palette and went all brown with Burberry for the evening. He styled the brown suit with a soft beige shirt and a shiny brown silk tie. He looked charming as ever with his hair in a quiff with a light stubble. 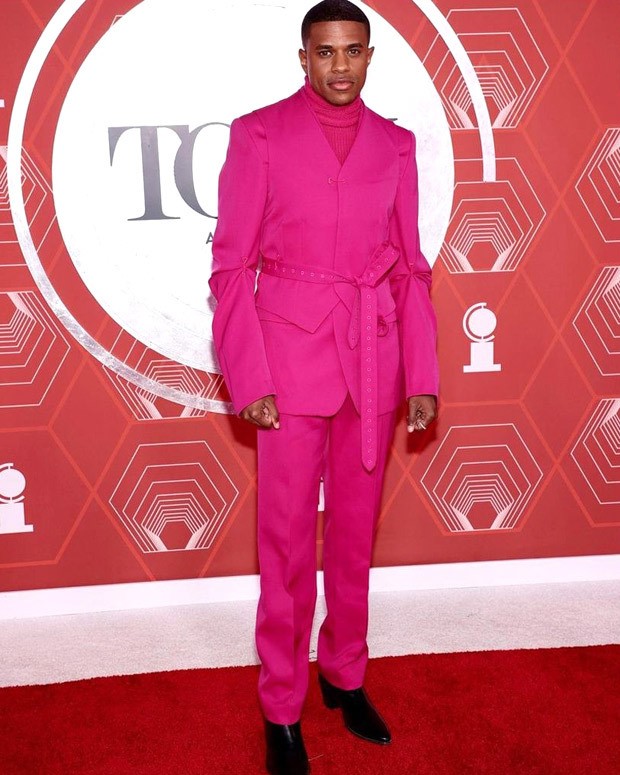 Jeremy Pope made pink hot and stylish in a custom made Louis Vuitton suit with a tailor made blazer, trousers, a belt the waist with a turtleneck underneath to finish the look. The perfect fall look with spring tones! 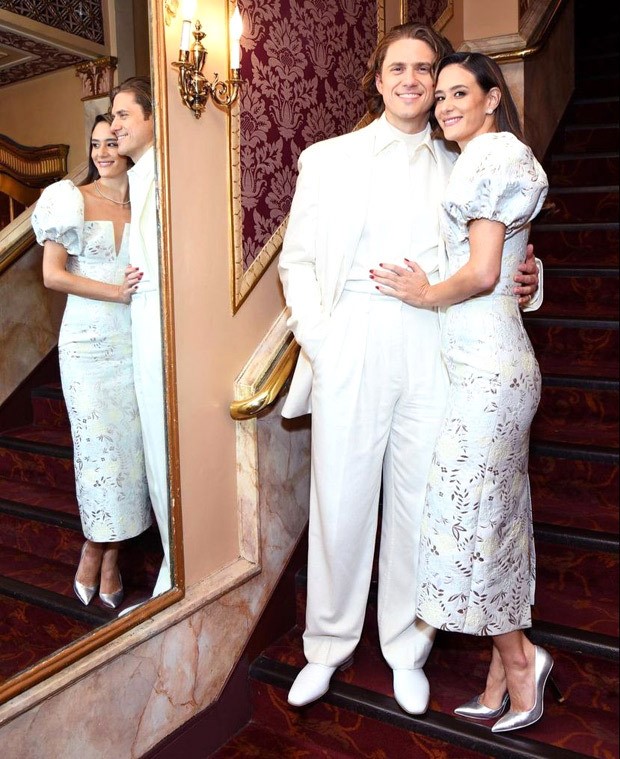 The Crown Season 5: Elizabeth Debicki has…

Disha Patani turns up the heat in lace…