The Taarak Mehta Ka Ooltah Chashmah pair, Disha Vakani and Dilip Joshi are one of the most-adored couple on-screen. Their chemistry as Jethalal and Daya is unparalleled and since they resemble a normal couple in the sitcom, the audience absolutely loves watching them. while Disha Vakani is on a break from Taarak Mehta Ka Ooltah Chashmah since 2017, there are no reports of the actress making a comeback on the show and needless to say, her fans miss her dearly. 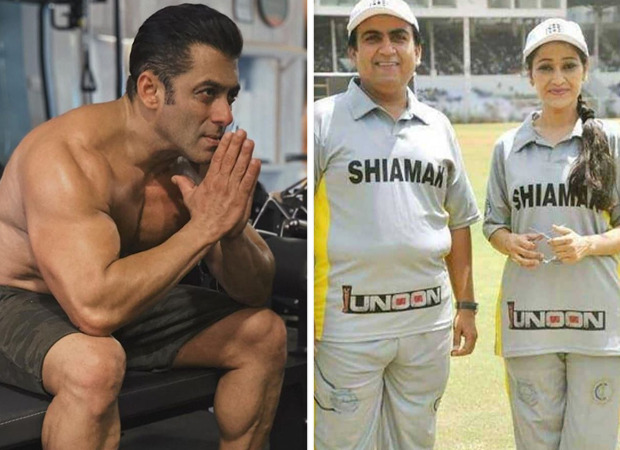 She took to her Instagram to repost and old picture from 2012 where Dilip and Disha turned cricketers along with Salman Khan for a charity, along with other Bollywood celebrities. Known as the Celebrity Charity Cricket Match, the actors played the sport to support multiple charities and it was surely a great experience for all of them. Take a look at their picture.

As of now, the team of Taarak Mehta Ka Ooltah Chashmah has not resumed shooting and the actors are eagerly waiting for a green light from the channel and producers.

Also Read: When Munmun Dutta of Taarak Mehta Ka Ooltah Chashmah spoke about a fatal experience during a hiking trip