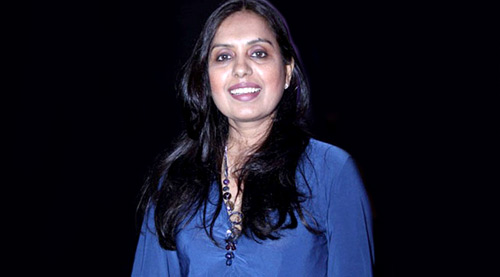 Screenwriter Shagufta Rafique talks about how media needs to draw a line before pouncing on a juicy story.


"In a recent incident, the media splashed stories across national and regional newspapers after a former National Award winning child actress was caught in a prostitution racket in a Hyderabad hotel. The media needs to understand that it is not right to highlight the incident just because a person concerned is a celebrity. My own personal life has been around the same issue, but when I became famous as a writer, the media started looking at me in a different light. They wanted to glorify me as a star, since I had left my past behind, but if a star chooses a different path due to various reasons, they want to bring her down.


Unfortunately, there is no glory in a riches-to-rags story. Media is an extension of the society we live in. The important question to ask here is - are they going to stand up and reveal the people who were paying for the actress's services? Is there an end goal in victimising an actress just because she won a National Award? The National Award cannot substitute for bread and butter. It is merely an ornament that one can stack on their shelf. The actress, in this case, is a soft target. At the end of the day, she is somebody's daughter and sister, and her dignity needs to be protected. She may have been a one-film wonder, but she might have been accustomed to a certain standard of living. No one likes to go back to their former lifestyle once they have attained star status.


There is not much difference between show business and prostitution and there is a thin line segregating the two. Thus, for a woman to enter the other domain is like changing a room. Whether an actress is stripping and shooting for an item song or stripping before four men in a private room; it is ultimately the same thing. There are people out there willing to pay for their services. So why hype so much about it? They are either paying to watch a pair of legs or paying to gratify themselves.


The reportage, in my opinion, was unethical and voyeuristic. Media needs to reconsider their stand about revealing details. They were inconsiderate and did not try to conceal the name of the actress, but instead, they disclosed all the details about her. This piece of news, in my opinion, does not warrant such attention, because in the end the reputation of the actress concerned has been brought down. Until yesterday, she was a non-entity, but now every child on the street would know about this. She probably had financial problems, but now with the story being splashed in the media, it has only added to her sufferings and turned it into a big issue. I am not saying this because of my past. Today, when I have become a successful writer, the media wants to highlight my past as a rags-to-riches story, but they bring down a star, the moment they choose a less glorified path."


As told to Kaushani Banerjee