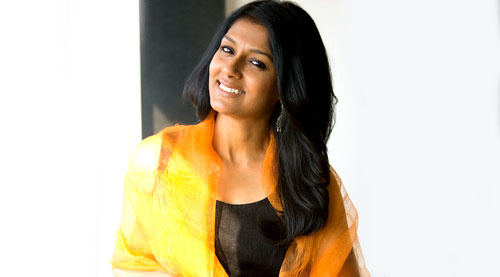 On the occasion of Children's Day Nandita Das former chairperson of the Children's Film Society speaks to Subhash K Jha on children's cinema.

Why do you think we've such a paucity of children's films?

Unfortunately here economics gets in the way of everything, and therefore art suffers. It's no different in films. Because of that, people don't want to take a chance and explore this genre. Moreover the 'General Entertainment' has further marginalized films specifically meant for children. There is a real dearth of quality content in India that provides wholesome entertainment to children. However, it is possible to make low or medium budget films that are strong in content and form, and are neither preachy and boring, nor mindless and violent. Today they are growing up on a completely different diet and we cannot stop that. But we can surely provide an alternative, for them to choose from. There are many countries like Netherland, Germany, China etc that are way ahead of us in making quality children's films. But the first challenge is to attract good writers and directors to make films for us. But I am glad to share that the quality of submissions have hugely improved and we are soon going to come out with a string of wonderful films in both, live action & animation.

You tried your best to change that, with films like Gattu. How far do you think you succeeded?

The experience was both challenging and fulfilling. Also it has been a learning experience in terms of understanding this space of children's cinema and also what all entails working with the Govt. But I had no magic wand to transform a 55 year old organization in just 3 years. I tried to make many big and small changes. For the 1st two years they were mostly systemic, revamping archaic rules and regulations, creating better systems that could have a lasting impact, beyond the individual. I also focused on expanding the CFSI family by inviting a lot of people to participate in the various processes of making the organization more vibrant. Be it film makers, distributors, educators, animators and also tried to reach out to lot more children who could participate, not just as beneficiaries, but as stakeholders in creating this change. I managed to convince people like Gulzar Saab and Vishal Bharadwaj to join our Executive Committee, which is empowered to make a lot of crucial decisions, as CFSI is meant to be an autonomous body. I tried to instill more passion in the organization, the staff that has been there for ages and had lost the excitement. Despite the Children's Film Society library of 250 films, in 55 long years, we never had a national commercial release of our film!

Do you think children are more entertained by the masala entertainers and are not really interested in children's films per se?

To know the answer for this, we'll first have to make better children's films and then give them a level playing field by marketing them adequately. But going by my experience of the three years, where we showed many films to children, we were amazed how much they enjoyed them. When we restored Shyam Benegal's Charandas Chor, a 70s B/W film, with no child artist, we were very unsure if the kids of today will sit through it. But to our pleasant surprise, they absolutely loved it in every screening! So let's not assume we know what kids want. Our job is to give them alternatives, choices. The regular stuff is very accessible, but we need to make sure they also have access to films that are more age appropriate. How can a film be right for a 6 year old and a 60 year old. Unfortunately, our films for children are either preachy and boring or fluffy and sometimes even violent.

You have a son. Does it worry you that he may grow up to watch and enjoy films like Happy New Year and Bang Bang?

I didn't grow up seeing mainstream films, as my parents didn't. We had a TV after eight years of everybody else. But I didn't feel deprived; because I was happy doing so many other things that seemed more exciting. Playing outside, going to music and dance concerts, exhibitions, reading etc. Of course these times are different from those. The exposure and onslaught of media is different. But I think parents do a play a big role in providing children with the right exposure, in slowly cultivating their interest. Vihaan doesn't watch TV, at least not yet! But of course it worries me to see him and other kids grow in today's environment. The reality shows are putting a lot of pressure on children which can be very harmful for their emotional growth. So there is a need to clearly define children's films, taking them into confidence.