South Korean band BTS is undoubtedly the biggest group on the planet, right now. Their popularity is immense, their music reach is worldwide and their name seems to have been making it to popular western and Korean shows. For some, dreams would have come true if BTS was mentioned in Marvel Cinematic Universe but it seems like we will have to wait for a while. 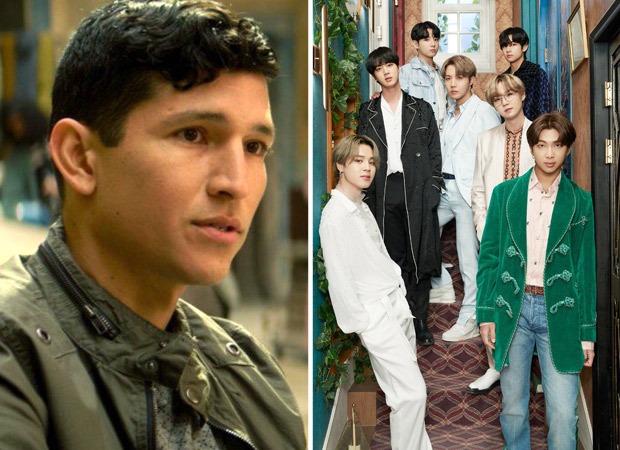 Recently, The Falcon and the Winter Soldier star Danny Ramirez revealed that there was a BTS joke that did not make it to the final cut of the series. Danny Ramirez, who plays Joaquin Torres in the series, was asked what were the things he filmed in the previous episodes that did not make it to the final episodes of the series. To which, Ramirez responded, "There's not much that didn't make the cut, but there's a really funny moment in that last episode... I could see why they had to cut it based on, I think maybe licensing, who's to say," he said. "But it's this little ad-lib about how 'I wish we were all more like the boy band BTS.' Because I was like, I thought we could be more like RM. And so it was a fun little thing and there was a little dance that went with it. So yeah, that was a little bit of something where that would have been cool. But [the scene] was more about the dynamic between us and it still got to be a moment between me and Sam, which was the most important."

Marvel Studios’ The Falcon and The Winter Soldier stars Anthony Mackie as Sam Wilson aka The Falcon, and Sebastian Stan as Bucky Barnes aka The Winter Soldier. The pair, who came together in the final moments of “Avengers: Endgame,” team up on a global adventure that tests their abilities—and their patience. Directed by Kari Skogland with Malcolm Spellman serving as head writer, the series also stars Daniel Brühl as Zemo, Emily VanCamp as Sharon Carter, and Wyatt Russell as John Walker.