After Manikarnika: The Queen Of Jhansi and JudgeMentall Hai Kya, Kangana Ranaut is pulling all strings to step into the shoes of Tamil superstar turned politician Jayalalithaa. For the upcoming Thalaivi, the actress is prepping and hustling to make sure her character looks authentic. She is learning Bharatnatyam as well along with learning Tamil language. 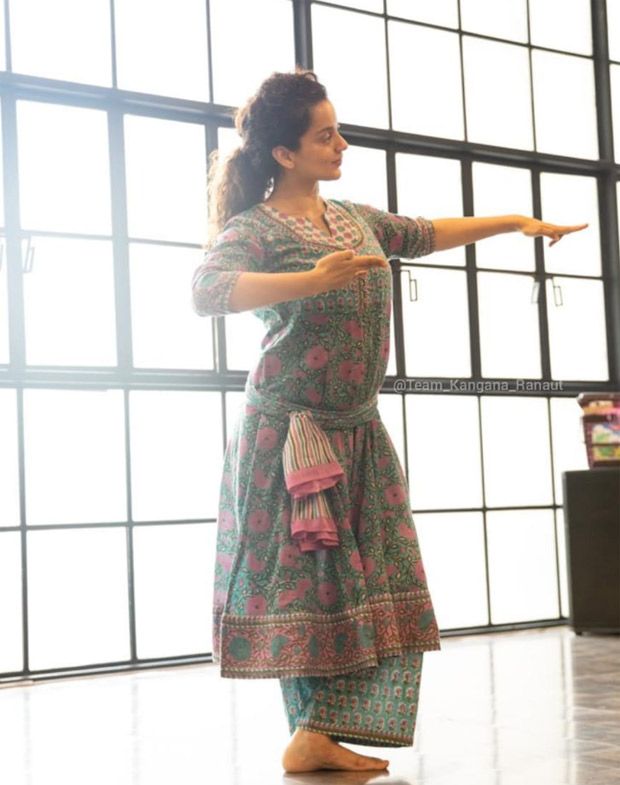 Kangana Ranaut's team shared some pictures of the actress on social media where she is seen taking lessons in Bharatanatyam for the film. She is training under renowned choreographer from the south Gayathri Raghuram. Dressed in a blue and pink suit, Kangana is making sure to ace this role.

Just a day ago, it was revealed that South star Arvind Swamy will be taking over the role of late actor-politician MG Ramachandran, or MGR. The former chief minister of Tamil Nadu had played an integral role in Jayalalithaa political innings. The film will shed light on how MGR became her mentor as she forayed into politics through his party, AIADMK.

Thalaivi is being directed by AL Vijay and produced by Shailesh R Singh.