Kangana Ranaut is pulling all strings to step into the shoes of Tamil superstar turned politician Jayalalithaa, in her biopic which is titled Thalaivi. From learning Bharatnatyam, Tamil and sitting through long sessions to get the prosthetics right, the actor is doing it all. 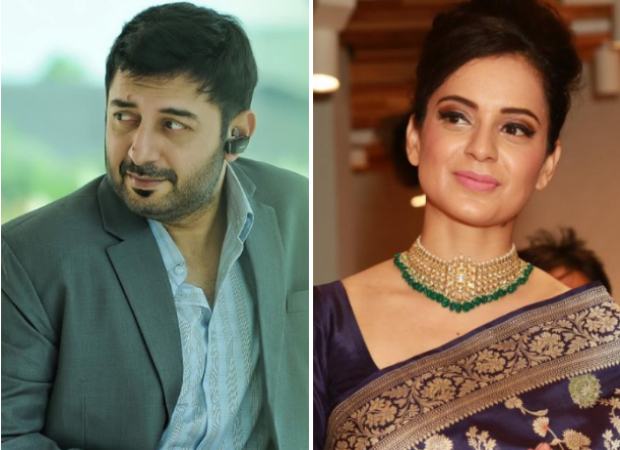 However, the retelling of J Jayalalithaa's life would be incomplete without a mention of the late actor-politician MG Ramachandran, or MGR, as he was popularly known. The former chief minister of Tamil Nadu had played an integral role in Jayalalithaa political innings. It has now been confirmed that South actor Arvind Swamy, who was last seen in Bollywood in Dear Dad and best remembered for his roles in Mani Ratnam's Roja and Bombay, will play the role of MGR.

A source from trade, who is privy to the developments revealed, “MGR and Jayalalithaa starred in 28 box-office hits between 1965 and 1973. While the makers needed a worthy actor to do justice to his role, another criterion was that the artiste is fluent in Hindi, Tamil, and Telugu. Arvind satisfied both criteria. The unit will kick off Thalaivi's shoot with Kangana from the first week of November in Mysore, and Arvind will join her on November 15."

In charting Jayalalithaa's journey from her teenage years, the AL Vijay-directed and Shailesh R Singh-produced venture will shed light on how MGR became her mentor as she forayed into politics through his party, AIADMK.