Sonakshi Sinha, after receiving mixed reactions for Kalank, has already begun work on her next project. The actress will be returning as Rajjo in Salman Khan starrer Dabangg 3 which is set for December 2019 release. The film started in April earlier this month and Sonakshi has begun shooting in Mumbai. 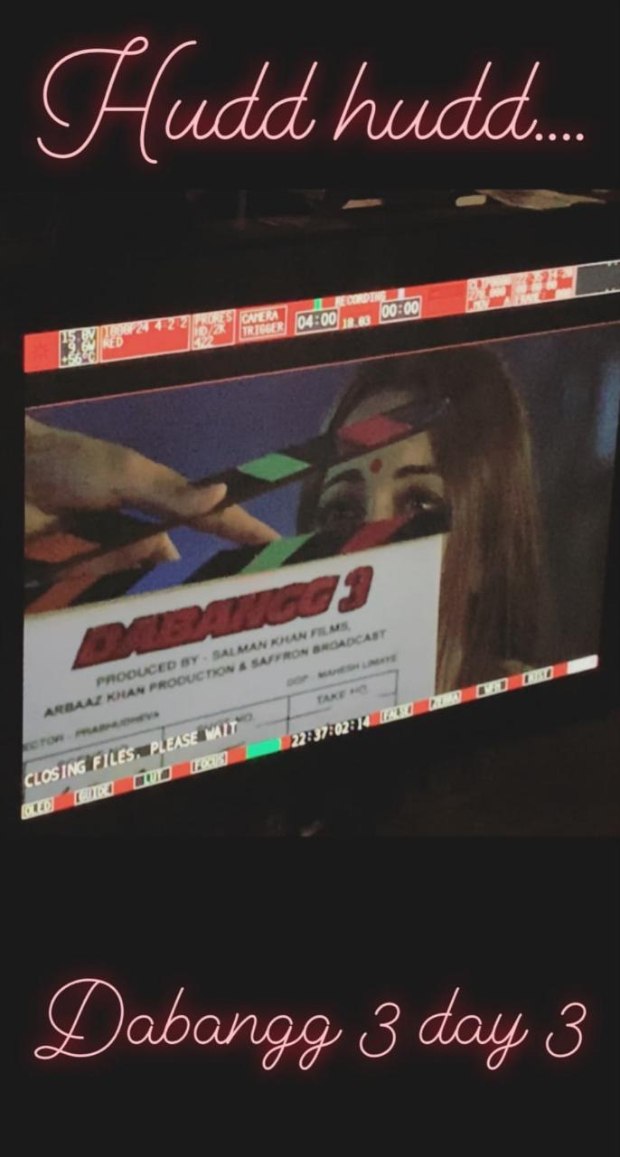 Already on her third day of shooting, Sonakshi Sinha shared a glimpse of her character Rajjo. A clapboard was near her face and only her eyes could be seen in the photo which she shared on Instagram stories. She captioned it, "Hudd Hudd Dabangg 3 Day 3."

During the promotions of Kalank, while speaking to Bollywood Hungama, Sonakshi Sinha talked about how nostalgic it has been to return to the franchise. As she made her debut with Dabangg, it has been like returning to the family for the actress. "It feels so nice being back. It really feels like a homecoming. It's been 9 years since I shot the first one and now I am shooting the third installment. It's like life has come full circle from where I started to now. You know the team is pretty much the same, our cameramen, the DOP, the ADs are the same, the cast is pretty much the same. There are obviously additions. Prabhu sir is on board though I have worked with him before."

"We really miss him. The family would have been complete if he was there,” Sonakshi Sinha also talked about how they miss Vinod Khanna who essayed the role of Salman Khan’s father in the film in previous films. The actor passed away a couple of years ago.

EXCLUSIVE: "I have lived with the script of…