Salman Khan and Sonakshi Sinha have finished the first schedule of Dabangg 3 already and they are all set and raring to go with the second schedule of this much awaited movie. Salman along with his heroine Sonakshi Sinha are set to shoot the second schedule of the film. A grand set has been erected in Film City for this purpose. According to the sources, Salman is set to shoot an outdoor action sequence in Malad. Major chunk of the shoot will happen in Filmcity and villain Sudeep is set to join the cast soon. 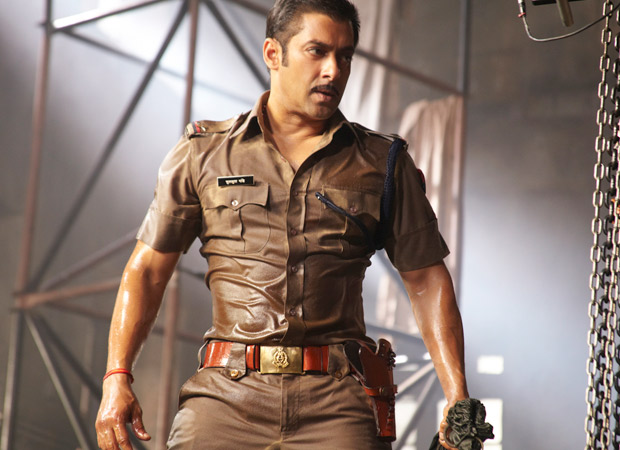 After this two month long schedule, the team will head to Wai to shoot songs and remaining portions. In fact, the team also was in Jaipur a few days ago to check out locations to shoot a song. Salman and the producer Arbaaz Khan will take a final call on this. As soon as Salman finishes shooting Dabangg 3, he will move to Sanjay Leela Bhansali’s Inshallah.

There is a lot of buzz going around about Dabangg. According to the reports it is touted that Salman will have not one but two lead actresses in the film. While Sonakshi will be playing Rajjo in the movie, there is going to be one more actress who will be seen in the part where Salman is playing his younger version. More details on this are not available nor is this detail confirmed but by the looks of it, there will be yet another face sharing screen space with Salman in the movie.

While Salman is shooting for Dabangg 3, he also is working on post production of Bharat and has been promoting the movie slated to release this Eid.

Also Read: Salman Khan’s Dabangg 3 to have 1 one more HEROINE along with Sonakshi Sinha?