Rhea Chakraborty told a news channel that no one from the film industry has spoken up for her, not even those whom she has worked with. After Swara Bhaskar, one more actress Taapsee Pannu, whom Rhea had never worked with, has raised a voice against Rhea’s media trial. Taapsee says she spoke up because “the water had gone beyond the tolerance level.” 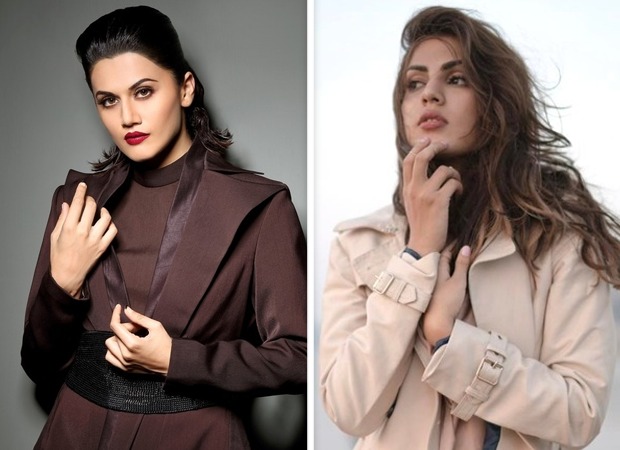 The latest power-voice to speak up in Rhea's defence is Vidya Balan. Several other female actors have also decided to speak up against Rhea’s media lynching. “What are they afraid of? Arnab Goswami or Kangana Ranaut?” wonders Ram Gopal Varma who feels Rhea’s witch-hunting is the stuff horror films are made of.

“I am not scared of anyone. But right now, the mood of the nation is to get justice for Sushant’s death. Unfortunately, Rhea is the fall girl. Any sign of support for her instantly brands you anti-national and pro-nepotism. But it’s time some of us spoke up. Today, Rhea. Tomorrow, someone else. Maybe me. This kind of media trial is not cool,” a prominent young actress says.

One now hears that Rhea Chakraborty intends to move court to stop the blizzard of ugly insults and abuse from one aggressive news channel that she is subjected to on a daily basis.