Actor Swara Bhasker, who couldn’t attend the low-key wedding of Rhea Kapoor and Karan Boolani, was seen attending a party with them and sister Sonam Kapoor. 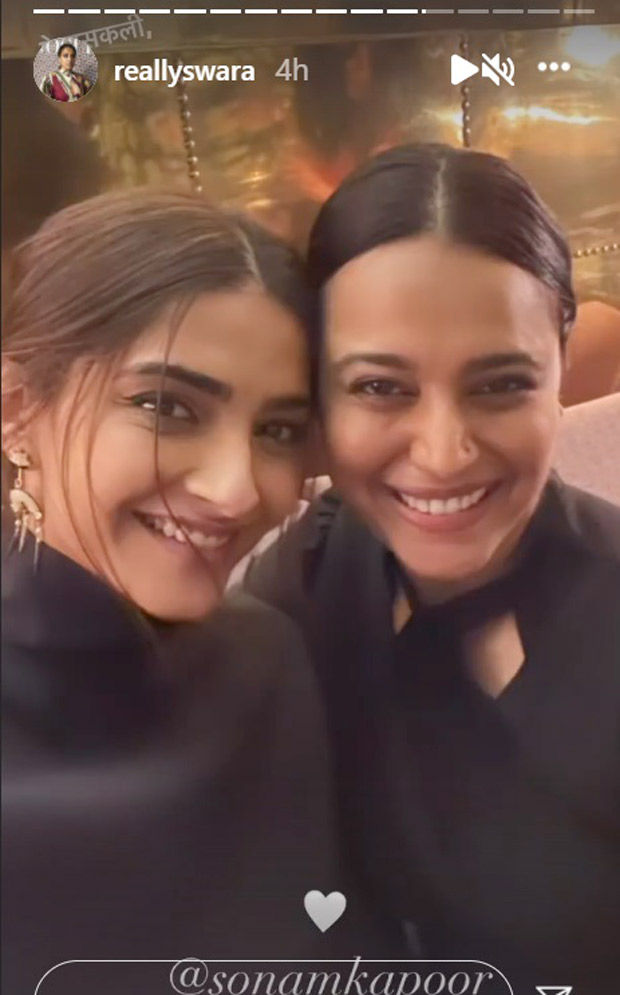 Taking to Instagram story, Swara posted pictures with Rhea and Sonam. Sharing a photo with Rhea, Swara wrote, “With the latest and coolest bride on the block…@rheakapoor making marriage seem like a vibe!” She also shared a picture with Sonam and designer Shehla Khan and wrote, “It was an intervention and we had a breakthrough today, didn't we @shehlaakhan I know @sonamkapoor agrees!” 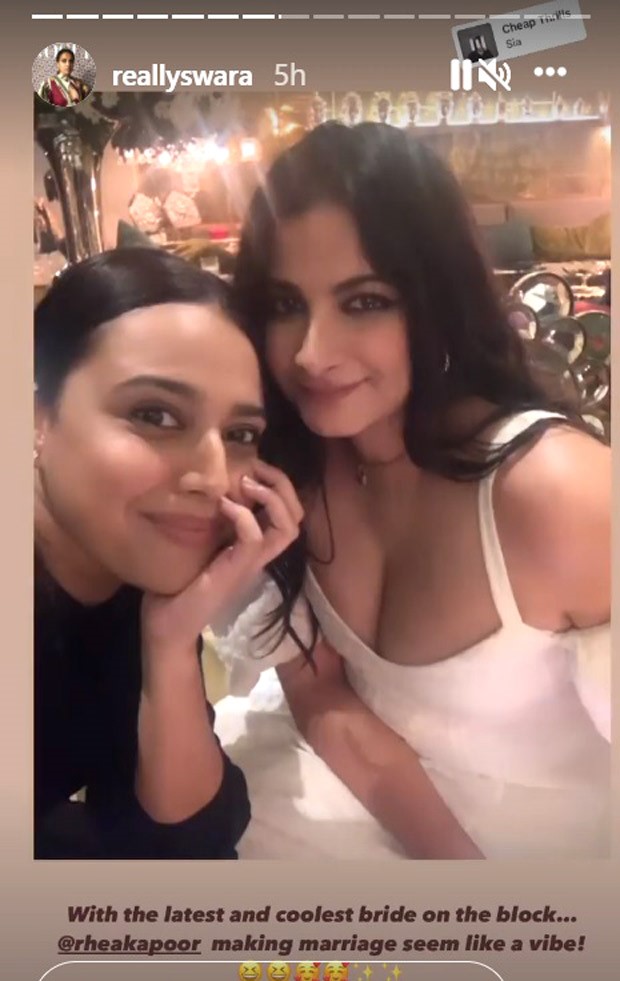 Rhea and Karan tied the knot in August in an intimate ceremony including close friends and family members at Anil Kapoor’s residence in Juhu.

Swara, Sonam, Kareena Kapoor and Shikha Talsania were seen in Veere Di Wedding which was produced by Rhea Kapoor and it became a box office hit.

Rhea made her wedding announcement by sharing a picture with husband and penned a heart-warming note. She wrote, “12 years later, I shouldn’t have been nervous or overwhelmed because you’re my best friend and the best guy ever. But I cried and shook and had stomach flips all the way through because I didn’t know how humbling the experience would be. I’ll always be that girl who had to come home to juhu at 11 pm before my parents fell asleep. Only until now I didn’t know how lucky I was to feel torn. I hope we make a family so close that we have many, many loves of our life. Mine are @karanboolani @anilskapoor @kapoor.sunita @sonamkapoor and @harshvarrdhankapoor forever more. ”