Are you wondering why we aren’t seeing much of Sushant Singh Rajput of late these days? Well, it is because the actor is busy with his work commitments, especially the film Son Chiriya. Sushant has been lying low these days amidst the film schedule. However, he recently took the onlookers and airport photographers by a surprise. 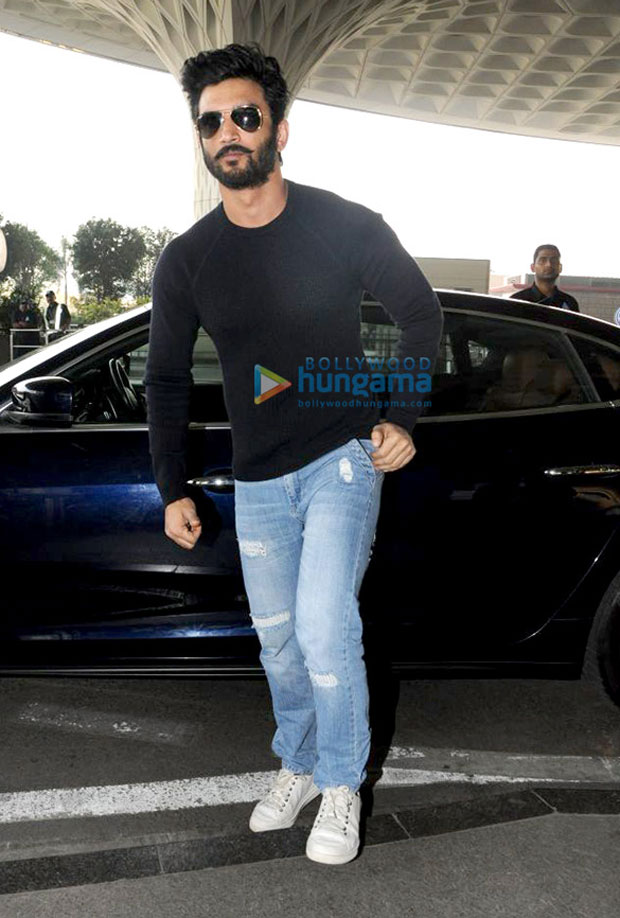 The reason? Sushant Singh Rajput was seen at the airport, albeit with a bearded look. The actor has always been known for his chocolate looks. Hence, seeing him in a different look obviously left everyone stunned. But, we must say that the facial fuzz has added a touch of ruggedness to his boyish charm. However, we do not think it is just a new look for personal experimentation. Rather, we believe that he is donning this macho look for one of his forthcoming ventures. If rumours are to be believed, it is for the forthcoming Abhishek Chaubey directorial Son Chiriya.

Sushant Singh Rajput will be paired opposite Bhumi Pednekar in this social drama set against the backdrop of Chambal. It is being said that the actor will play the role of a dacoit in this film. 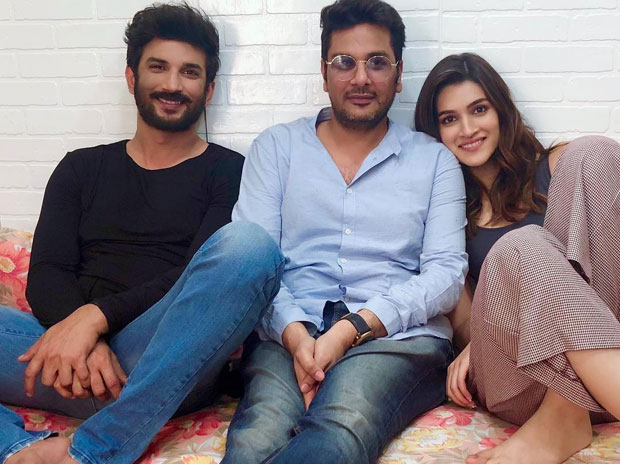 On the other hand, Singh was also seen posing with Kriti Sanon and their favourite, Mukesh Chhabra on social media. Sporting the same bearded look, we came across a picture of Sushant with Kriti and Mukesh on Instagram. Along with it, Kriti had also posted about a note announcing their new venture. She had written, “Working with these two on something special! Coming soon! @castingchhabra @sushantsinghrajput #whenworkisfun.”

While we are still left wondering about their venture, we wonder if Sushant’s new look could be for their new outing. However, considering there are no details on the same, it is difficult to make an assumption!

Talking about forthcoming venture, besides Son Chiriya, Sushant Singh Rajput will play the leading man in Kedarnath. The film will mark the debut of Saif Ali Khan and his ex-wife Amrita Singh’s daughter Sara Ali Khan. It is directed by Abhishek Kapoor.