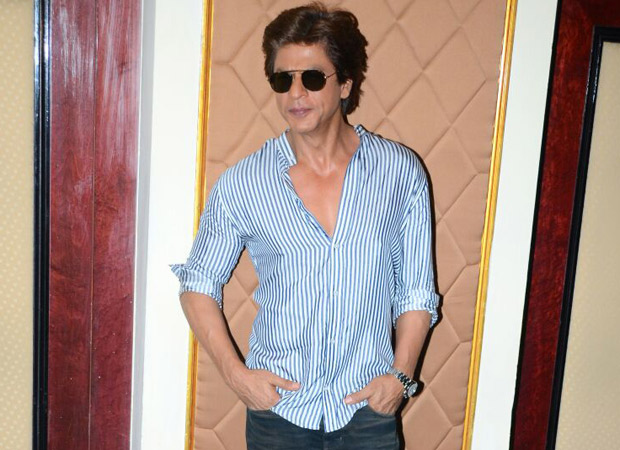 The image of the day for me was a tremendous craze for a duplicate of Shah Rukh Khan right outside Mannat as the fans mobbed him to get a selfie with him. If the duplicate can get such a crazy response, I wonder what would have happened if the real deal would have walked out of Mannat. The scenes around Mannat were unprecedented since the last 24 hours. Posters, SRK t-shirts and a relentless high decibel happy-birthday-Shah-Rukh-Khan literally ignited bandstand. This is not merely superstardom. This is something that can't be explained in mere words. This has to be experienced. And felt.

Fans from around 45 countries are in Mumbai right now. Around 400 fans will be meeting Mr Khan at Taj Lands End in a short while from now. I personally met fans from Japan, Malaysia, USA, Canada, Nepal, Austria and many cities from within India (Kolhapur, Kolkata, Bangalore, Chennai and more). I attended a function in the afternoon where @srkuniverse a lively fan club of SRK brought together many fans who danced, sang and celebrated the spirit of what being a SRKian is all about. Mr Mohammad, the brain behind @srkuniverse told me that they had started planning for this year's birthday celebrations an year in advance. This fan club enjoys a following of 4, 60, 000 on Twitter, 4 Million on Facebook and 2, 50, 000 on Instagram.

Shah Rukh Khan returned from Alibaug today afternoon. He along with Abram flew into Mumbai in a helicopter. Mr Khan spent time with many media personnel and cut a cake with them. He informed that the poster and the title of Aanand L Rai's film has been decided and the poster will be unveiled in the next few days. "I shall be going to IFFI, Goa," he informed, which will be held from November 20-28. He also will be attending the Kolkata Film Festival. SRK clarified that he has not signed any other film as of now. "Abram told me, Happy Birthday, birthday boy," SRK told the media amidst a collective awwwwww.

Mr Khan met a few senior editors and interacted with them on a one to one basis. I asked him about Kundan Shah sahab, the director of Kabhi Haan Kabhi Naa. "I wanted Kundan to come to our office and just speak to our writing team and share his experiences. He had such a wealth of knowledge and it would have been a treat for aspiring writers to just listen to him but unfortunately he passed away suddenly. His demise is a big loss for me," Mr Khan said.

As he moved to the next set of senior journalists, I could see the enthusiasm and vast energy levels that have come to symbolise Shah Rukh Khan. He may have played a superhero on screen but anyone who has seen him from close quarters would agree that he's a super man in real life. How he manages to pack in so much in a day's time is unfathomable. You gotta be genuinely a major people's person or that unquenchable thirst to rise way beyond EXTRAORDINARY. Whatever may be the case, he's truly a unique phenomenon that happens once in a while.