Suniel Shetty's daughter Athiya Shetty has been seeing cricketer KL Rahul for a while now, but it was only a 'rumoured' relationship until they made it official recently. There's plenty of social media PDA that will tell you they're going strong. The best part is that Athiya and her guy have got daddy Shetty's approval. 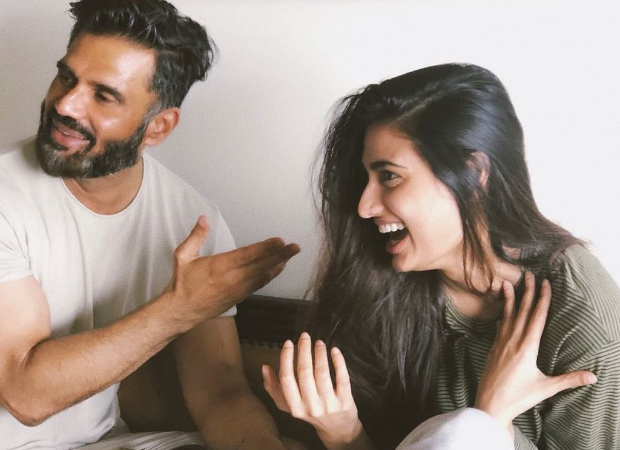 In a recent interview, Suniel Shetty opened up on his children and their respective partners. He said both he and wife Mana Shetty liked the people that their kids were dating. He also emphasised that being happy in the personal space was more necessary than being professionally happy.

Athiya and KL Rahul were recently holidaying in Thailand, accompanied by friends Akansha Ranjan Kapoor, Anushka Ranjan, Aditya Seal and a few others. They are back to the town after ringing in their new year in style.

And for those uninitiated, Athiya's brother Ahan Shetty is in a relationship with fashion designer Tania Shroff. The two made it official during their vacation in Italy, a few months back.

Athiya was last seen in Motichoor Chaknachoor opposite Nawazuddin Siddiqui while Ahan is gearing up for his big Bollywood debut under Sajid Nadiadwala's banner.