Alia Bhatt and Ranbir Kapoor who had flown away from the city for their New Year break returned to Mumbai last night. The couple was spotted at the airport in the wee hours of Thursday. The duo was greeted by paparazzi and eager fans that were waiting to catch a glimpse of the stars. 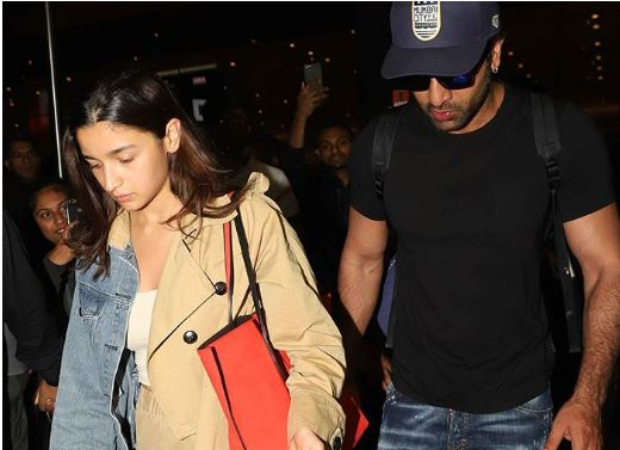 Despite the enthusiastic crowd, the two actors walked out calmly, with Ranbir safely escorting Alia Bhatt. The Brahmastra duo had security personnel guarding them across the airport but Ranbir had to intervene a few times to keep the fans at a safe distance from Alia. Ranbir Kapoor even clicked selfie with a few fans before getting into the car with Alia to leave.

Ranbir Kapoor and Alia Bhatt were reportedly holidaying in Thailand along with their close friend Ayan Mukerji. The trio has been working together on Brahmastra and has gotten really close in the past couple of years. While we were already aware of Ranbir and Ayan’s friendship, Alia Bhatt addresses Ayan as her sunshine. Alia Bhatt had also shared a picture with Ranbir and Ayan on her Instagram handle.