Shah Rukh Khan’s daughter Suhana Khan, who is currently in New York, celebrated Halloween with her friends. In a picture shared on Instagram, she could be seen wearing a baby blue outfit with a tie-up back as she hugged her friend Priyanka. Their other friend, Raina, can also be seen in the frame. 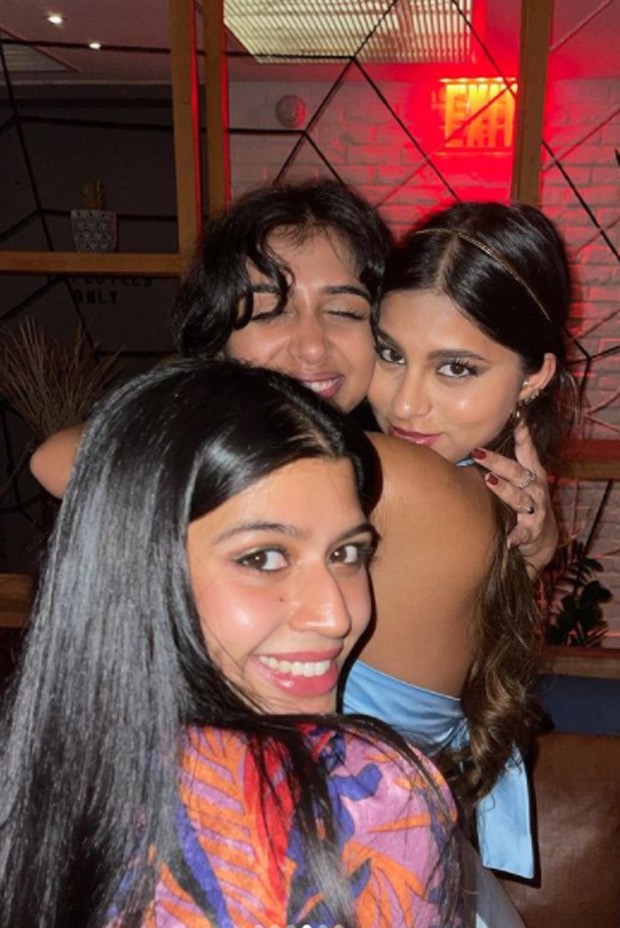 Priyanka, who channeled Emma Stone from hit high school comedy Easy A, also shared a bunch of other pictures from the party. “Got a pocketful of sunshine!” she captioned her post. Suhana commented, “I luv you.”

Suhana maintained a low profile on social media during her elder brother, Aryan Khan’s arrest in a drug case in Mumbai. This is the first time in weeks that Suhana has been seen. She has posted thrice this month -- to wish Shah Rukh and Gauri on their 30th wedding anniversary, to celebrate Aryan getting bail and to wish her best friend Ananya Panday a happy birthday.

Aryan was arrested by the Narcotics Control Bureau (NCB) on October 3 after a raid at an alleged rave party on a Goa-bound cruise ship. Even though no drugs were reportedly found on him, he was accused of having links to an international drug cartel on the basis of his WhatsApp chats and spent more than three weeks in the Arthur Road jail. Aryan was granted bail on Thursday by the Bombay High Court. Shah Rukh’s close friend and former co-star Juhi Chawla signed his bail bond of ₹1 lakh as a surety.

After Aryan got bail in the case, Suhana shared a collage of her childhood pictures with him, also featuring Shah Rukh. “I love u,” her caption read.