Today, Disney+Hotstar officially announced its interesting slate of upcoming original movies and shows. The popular web series Special Ops 1.5 was one among the 18 specials announced by the digital platform. After the announcement, Aftab Shivdasani who plays a crucial role in the series shared a picture with his co-stars as they shoot in Ukraine. 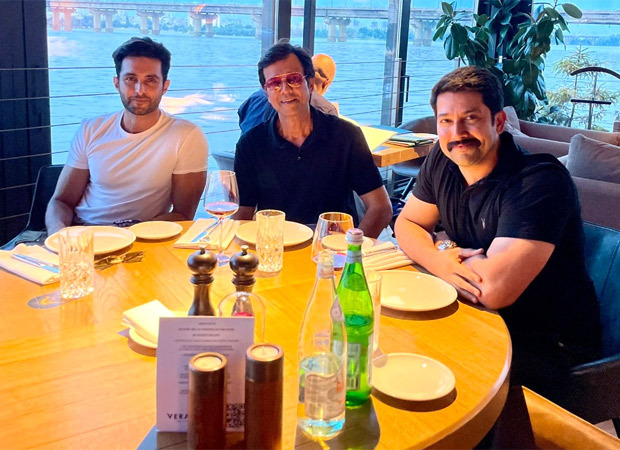 Special Ops 1.5: Aftab Shivdasani shows what WFH looks like as he shares BTS picture with Kay Kay Menon and Aadil Khan in Ukraine

Aftab had also shared pictures with Kay Kay Menon and Aadil Khan at the airport while they were on their way to Ukraine to shoot for the series. The trio can be seen posing while sitting on a sofa together. "Where eagles dare. Next stop - Ukraine".

The first season of Special Ops was launched in March 2020. The show revolved around RAW officer Himmat Singh essayed by Menon who puts his skillful agents to task in order to prevent a terrorist attack. Now the makers are back with Special Ops 1.5 that will see actor Aftab Shivdasani join the star cast of the show.  The shoot for Special Ops 1.5 began earlier this year and the team is currently in the last leg of the shoot.