Siddhant Chaturvedi has been making headlines all year long with his back to back announcements. The actor also released his first-ever debut single with 'Dhoop' which he sang and composed in lockdown with DAWgeek. The song became an instant hit among the audience and crossed millions of views on social media. 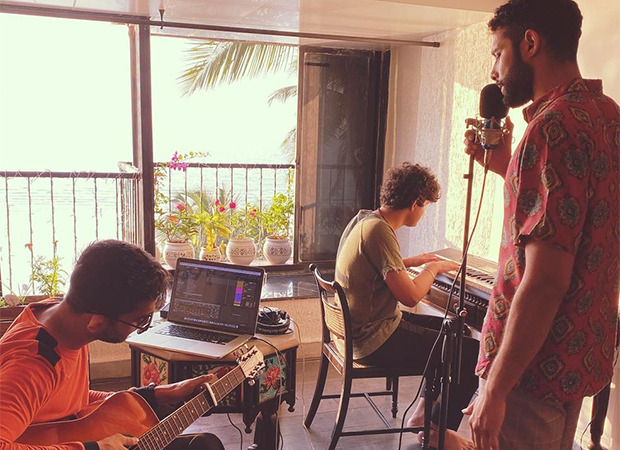 Earlier today, the actor shared a photo on his social media of himself jamming with DAWgeek and his brother at home, could it be that the Gully Boy actor is working on his next single? Only time will tell. Siddhant shared the photo with the caption, "It’s a Vibe! @dawgeek x #LilSansu ???? #Jamming".

On the work front, Siddhant recently returned to Mumbai after wrapping the shooting schedule for Shakun Batra's untitled film in Goa. The actor is currently shooting in Mumbai and will soon be traveling to Goa again to start shooting for Excel Entertainment's Phone Bhoot with Katrina Kaif and Ishaan Khatter.