In PhoneBhoot, Excel Entertainment has one of the most anticipated movies. With the movie set to feature the trio of Katrina Kaif, Siddhant Chaturvedi and Ishaan Khatter the movie set has been the place to be. The film team regularly chills in between shots and has fun time on the sets as another clip makes its debut on social media. 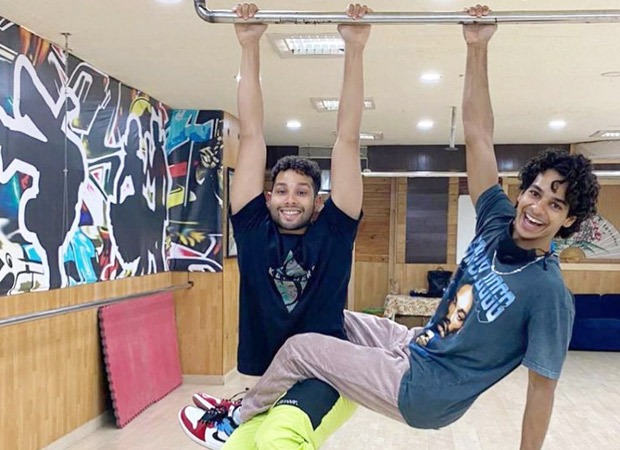 This time it is a wonderfully edited clip featuring Ishaan and Siddhant that has made its way onto social media. The duo is playing badminton in between takes and the video moves as the shuttlecock moves giving it a new twist as the cast members are having fun. Ishaan has gone with a famous dialogue as his caption, “Baddy baddy deshon mein.. ???? @siddhantchaturvedi @katrinakaif #PhoneBhoot BTS ???? by @abhishek4reel P.S: our film is not about badminton.”

Ishaan also has posted a cheeky P.S mention which states that their film is not about Badminton. It comes on the back of the thought that a lot of BTS clips shared have the cast members having fun playing a game of Badminton. The last such clip being a Katrina vs Siddhant face-off with Ishaan being reduced to a spectator.

The bonding between the duo in this video and the trio in another video only shows that the chemistry between them is going to be very high. The cast members must surely feel at home as they get more and more comfy alongside each other with every passing day.