Dilwale Dulhania Le Jayenge is one of the greatest films to have come out of Bollywood. Most Hindi film lovers have this film on top in their list of their all-time favourite films. An easy way to understand its popularity is by the fact that even after 22 years; it’s still running at Maratha Mandir theatre in Mumbai and attracts house-full crowds during the weekend. Hence, it’ll be shocking to know that during the first trial of the film, the team of the film wasn’t happy with the product! Aditya Chopra revealed this aspect in the book 'Aditya Chopra Relives…Dilwale Dulhania Le Jayenge', written by Nasreen Munni Kabir. 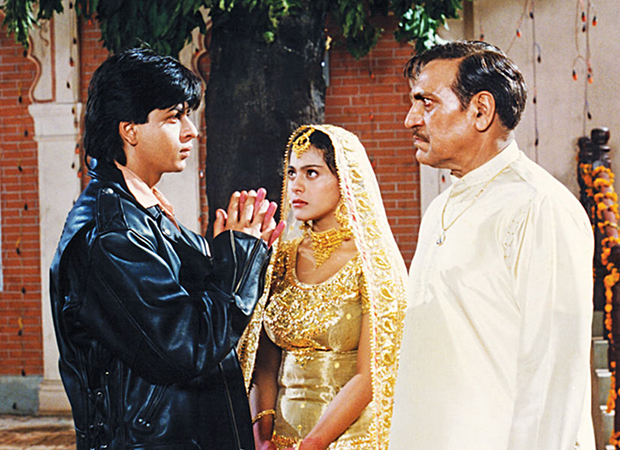 The screening didn’t comprise the whole film – the crucial action-packed climax was yet to be shot. In fact, Aditya Chopra was to leave for shooting the finale a day after the screening at Apta railway station near Panvel. Aditya Chopra’s father Yash Chopra, mother Pamela Chopra, cinematographer Manmohan Singh, set designer Sharmishta Roy, editor Keshav Naidu, his assistant and Sanjeev Kohli attended this screening of Dilwale Dulhania Le Jayenge held at Rajkamal studios. The general view after seeing the footages was that the film was too long and need to be shortened. Nobody told Aditya that he made a bad film but they didn’t even claim that it was ‘wow’.

The next day at Apta, Aditya Chopra was taken aside by Yash Chopra and Manmohan Singh and was asked if he was sure about the film’s climax. Aditya wrote in the book that he understood that they had the previous night’s screening in mind and hence, they were apprehensive. Aditya however remained adamant and assured that he’s not going to change the climax even one bit.

Finally, the same group of people were shown the final print of Dilwale Dulhania Le Jayenge. This time surprisingly, they said that the film is terrific! Aditya Chopra then took a vow that he’ll never show an incomplete film to anyone again. He said, “I don’t like showing my films before they’re completely ready. If I make mistakes, they will be my mistakes. I take full responsibility.”

Aditya Chopra also opened up that when he narrated the story to his team, they weren’t excited about it at all. They felt that the love story didn’t have intensity and that the climax reminded them of Dil Hai Ki Manta Nahin. Aditya Chopra revealed that at that point, he decided that this is the film he wanted to make desperately and he’ll make it, come what may. Again, surprisingly, the sequence of Dilwale Dulhania Le Jayenge that reminded his team of Dil Hai Ke Manta Nahin, comprising of the dialogue ‘Ja Simran, jee le apni zindagi’ has today become one of the iconic moments of Bollywood.