Shershaah actors Sidharth Malhotra and Kiara Advani, who wrapped up the upcoming Vikram Batra biopic earlier this week, have released the first posters of the film a day after Army Day. After paying tribute to our Army, the makers have unveiled three posters. 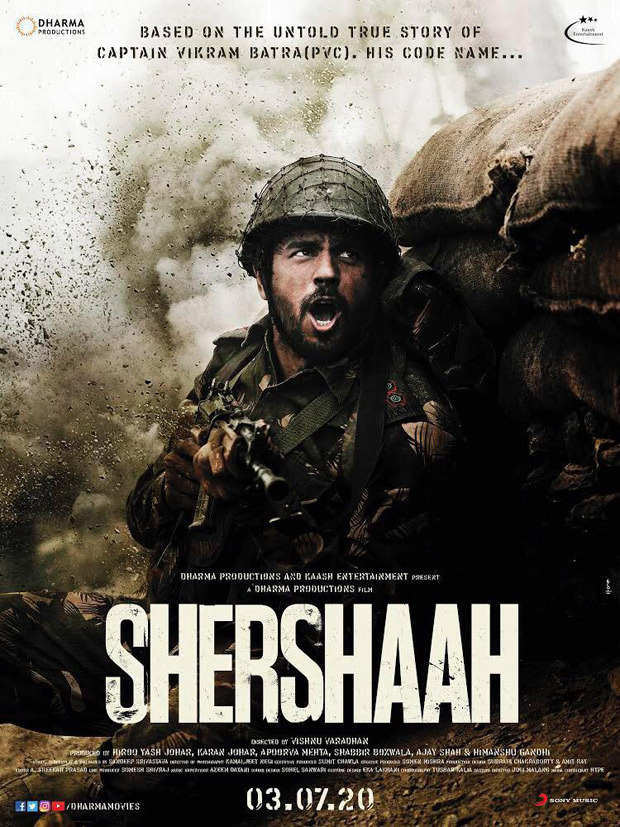 Along with the posters, the makers also announced that Shershaah will release on July 3, 2020. 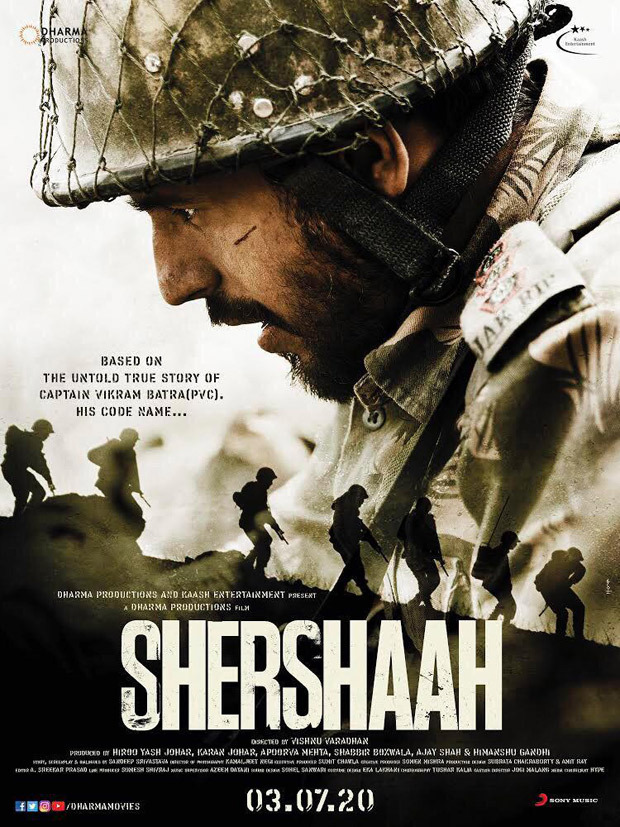 For the uninitiated, Vikram Batra was born in Palampur, Himachal Pradesh. At the time of Kargil War, his unit received orders to move to Kargil. Eighteen days after this, on June 19, 1999, he was ordered to recapture Point 5140 in his first major battle. He defeated the enemy and gave out a triumphant war cry, “Yeh Dil maange more.” While leaving the base, his colleague lost his legs in an explosion. The war hero went back just to save him that’s when he was hit by the enemy’s bullet in his chest. He was martyred on the spot. He was honoured with Param Vir Chakra, India’s highest and most prestigious award for valour, for his actions during the war. 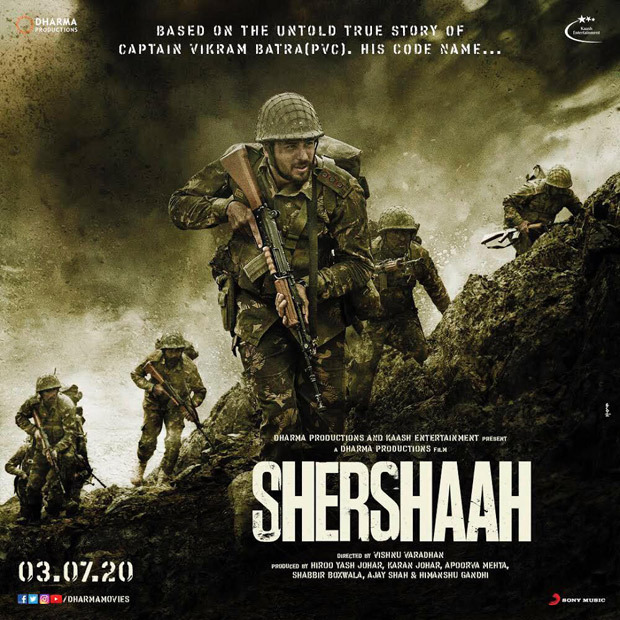 Shershaah is produced by Karan Johar under Dharma Productions and Shabbir Boxwala production and directed by Vishnuvardhan.