Shahid Kapoor recently shared a picture on his Instagram where his father Pankaj Kapoor is helping him overlook the blue prints of his under-construction flat. Shahid owns a beach-facing flat at Juhu Tara Road but is planning to move to a bigger place. The duo is pretty occupied with the blue prints of the house and the location of Sasha’s up and coming home has not been revealed yet. While he is busy juggling his shoots with his private life, Sasha never fails to raise the bar high for family goals. 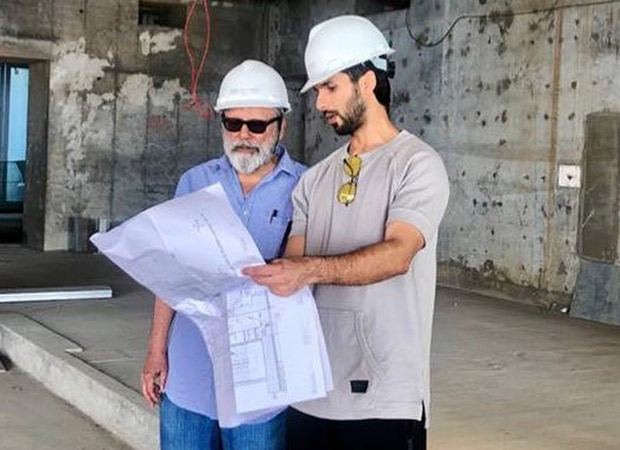 Currently on a break from his shooting schedule, Shahid will be seen starring opposite Kiara Advani in Kabir Singh. The film is a remake of the Tamil blockbuster, Arjun Reddy. According to Shahid, both these characters could be cousins but they’re not the same. The actor shared a couple of stories on his Instagram sharing some behind-the-scenes moments with his co-star. Shahid adorable captioned the picture as, “Getting approvals from big daddy. #papaknowsbest ##specialmoments”

How adorable is the picture? A special moment captured, indeed!