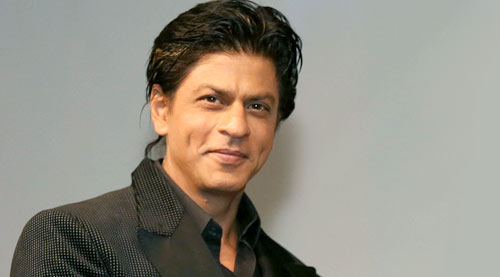 
1. Baazigar (1993): Shah Rukh pushed Shilpa Shetty off a highrise and never looked back. This Abbas-Mastan directed thriller was "inspired" (read: ripped off) from A Kiss Before Dying. Of course Shilpa didn't get a kiss before being bumped off. Shah Rukh doesn't kiss his heroines even for Diwali, unless she happens to be Katrina Kaif (more of that later). Baazigar was the first of Shah Rukh's anti-hero trio of films. It was also his first of many hits with Kajol. It also began his love affair with the Diwali season.


2. Dilwale Dulhaniya Le Jayenge (1995): Recently completed a record-breaking 1000-week run at Mumbai's Maratha Mandir theatre. Such are the stuff celluloid dreams made of. One of India's most successful films ever, DDLJ, released on Diwali continues to be the most favourite film of all romantics. It established Aditya Chopra as a force to reckon with. I remember the proud dad telling me, 'Maine zindagi mein itne paise nahin dekhe.'


3. Dil Toh Pagal Hai (1997): Though the film was directed by Yash Chopra his son Aditya's imprint was all over this 'young' film about jodis that are made in heaven. Set in the world of dance and theatre, the music and songs by Uttam Singh and of course Shah Rukh's jodi with Madhuri Dixit played a big hand in the film's success.Diwali dhamaka.


5. Mohabbatein (2000): Best remembered for being the Big B's comeback as a buzurg-superstar. Shah Rukh was guru cool in this acradian gurukul set in the middle of nowhere. This was one 3-hour-26-minute marathon that put a brake on the audiences' Diwali celebrations. A hit, nonetheless. When has Shah Rukh and Diwali combination ever failed?


7. Don (2006): And the franchise takes off big-time from where the big B left it off 28 years earlier. Helmed by Farhan Akhtar, Don brought much cheer to the Diwali season, though Kareena's item song just whittled down into a whimper. Why these two good looking people have never made the screen crackle with their chemistry is a mystery which might flummox even apna Don himself.


8. Om Shanti Om (2007): Shah Rukh played debutant Deepika Padukone's fan (giggle). The wacky film was set in the film world. Part of it was ripped off from Bimal Roy's Madhumati. And that was just fine for Shah Rukh's fans who think he resembles Dilip Kumar.


9. Ra.One (2011): Unarguably Shah Rukh's worst Diwali release ever, it nonetheless minted enough money to make is yet another festive success for Shah Rukh. 3D was never more intrusive, though.


10. Jab Tak Hain Jaan (2012): Who would have guessed it would turn out to be Yash Chopra's swan song? The far-fetched plot may have left the cynics unconvinced. But Shah Rukh's fans lapped up the film's over-the-top sentimentality .