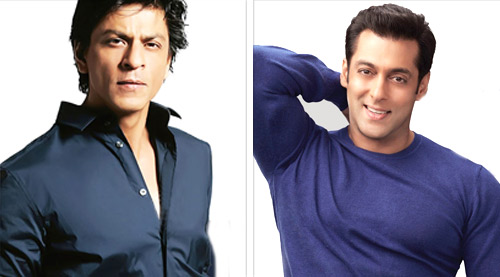 The days of ceaseless stress between the two Khan superstars is over. Yes, Salman Khan and Shah Rukh Khan are friends once again.


Proof of it? It was Shah Rukh who tweeted the first look of Salman's eagerly awaited Bajrangi Bhaijaan.


While the poster went viral within minutes a close friend of Salman spilled the beans. "The thawing of the ice began some months ago. And when Shah Rukh said Arpita was like his own sister during her wedding Salman,a true family-man, was won over."


Not too many know this. But during Salman's crucial court hearings Shah Rukh was regularly in touch with Salman's family.


The Bajrangi Bhaijaan director Kabir Khan refused to divulge details of how the film's first-look made its way to the public domain via Shah Rukh.


However a reliable source reveals, "It was Kabir Khan's idea that Shah Rukh put the first look out. Shah Rukh readily agreed. The tweet is one more gesture from one Khan superstar that a new phase has begun in his dosti with the other superstar."