Sanja Leela Bhansali’s 2002 film Devdas starring Shah Rukh Khan, Aishwarya Rai Bachchan, and Madhuri Dixit Nene completes 19 years of the release today. On the special occasion, Shah Rukh Khan took to his Twitter account to share precious pictures from the sets of the film and highlighted one issue he had faced during the filming. 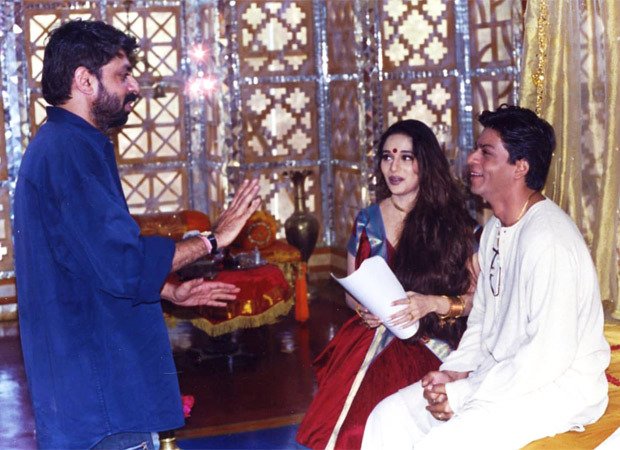 Shah Rukh Khan took to his Twitter handle and shared three pictures from the sets of the film. In the first picture, he can be seen preparing for a scene with Madhuri Dixit while Bhansali was directing them. The second picture is s still from the film where SRK can be seen looking at Aishwarya who played Paro. The third picture is a black-and-white picture of him and Jackie Shroff getting ready for a shot.

He also hilariously pointed out at one issue he had, "Only issue-the dhoti kept falling off! Thx for the love," he wrote.

Bhansali's cinematic adaptation of Devdas, a Hindi literary masterpiece by Sarat Chandra Chattopadhyay, won over both the critics and the audience. The film remains the all-time favourite of every cine-lover across the globe. While each scene looked straight out of a beautiful painting, the magnificent sets and splendid costumes made the film one of its first kinds.

Regarded as one of the most expensive films back in the day, Bhansali's masterful direction and attention to detail earned him international recognition.