Shah Rukh Khan and Manisha Koirala came together for the the musical magic created by A R Rahman Dil Se. The film definitely boasts of some iconic numbers which still find space in our personal playlist. It seems the music playlist of Stree actors is not different either. Rajkummar Rao and Shraddha Kapoor decided to go into the nostalgic mode whilst shooting for Stree together. 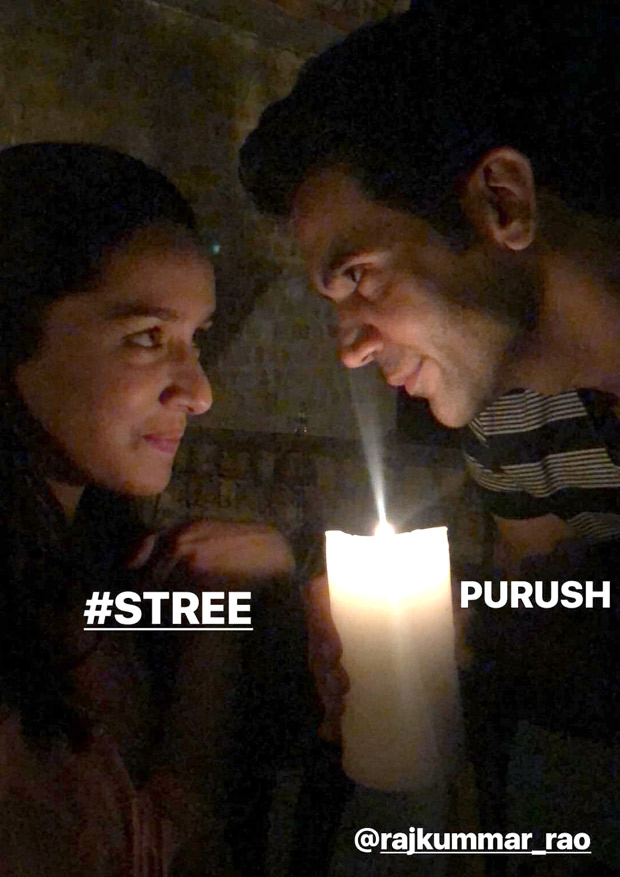 Yes, Shraddha Kapoor and Rajkummar Rao were seen crooning the title track of Dil Se on the sets of their forthcoming film Stree. Furthermore, the two added a dramatic touch to the number with their intense expressions! If you don’t believe us, watch this entertaining video posted by Shraddha on her Instagram page.

Shraddha Kapoor, who was earlier shooting for Batti Gul Meter Chalu, has shifted focus to Stree. While she was shooting the former at Uttarakhand, the actress is now in Chanderi for the Rajkummar Rao film. The film is a fantasy comedy directed by Amar Kaushik. It is produced in collaboration with Dinesh Vijan and director duo Raj-DK.

On the other hand, speaking of Dil Se, it featured Shah Rukh Khan, Manisha Koirala and Preity Zinta in prominent roles. It went on to receive several awards for its music. In fact, music composer AR Rahman, who incidentally has also sung the title track, also received Filmfare Award for Best Music Direction.