We will never get tired of seeing Katrina Kaif and Salman Khan together. They look deadly on screen but their chemistry off screen is even more sizzling. The two came together for the Da-Bangg Reloaded show in Pune which was organised by Sohail Khan. More than their performance, fans were more focussed on their chemistry in the press conference prior to the main event and the fact that they shared coffee on stage. Now, a video of their advertisement is doing the rounds and fans have gone ballistic looking at it. One of them even commented, ‘Get Married’ to them. 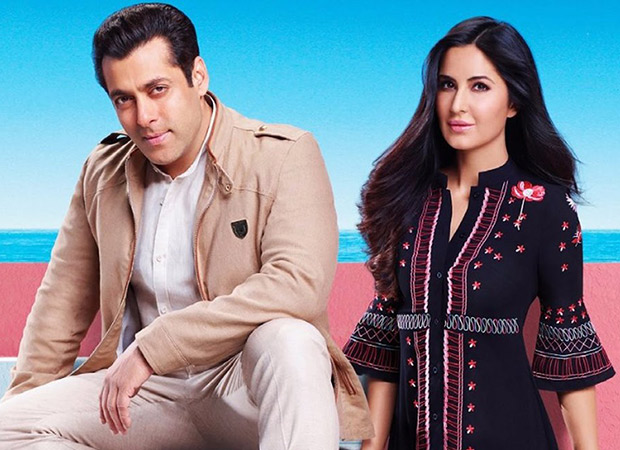 So, in the ad video Katrina is trying to talk to Salman but an airplane keeps whizzing in the background. So what does Salman do? He simply picks up the plane (yes, from the skies) and eliminates it from the scene so that his lady love can talk peacefully. Salman will go to any lengths to make sure that Katrina is happy! This video will also remind you of Tiger Zinda Hai’s romantic track…‘Dil Diyan Gallan’. It is amazing how these two make even the simplest moments look so romantic. Their last film together was Tiger Zinda Hai and it was a box office success. They have not signed any other film together as of now, but we are waiting for them to set screens on fire together.

On professional front, Katrina is busy with Shah Rukh Khan’s Zero and has also signed a T-Series film with Varun Dhawan as the male lead. It is going to be the biggest dance film ever made in Bollywood and is helmed by Remo D’souza. Salman will be seen in Race 3 next.

Also Read: Katrina Kaif is a cute drama queen, or that’s what her Friday mood seems to be

Doja Cat dons yet another unique outfit for…

Mrunal Thakur makes a case for herself with…

Pooja Hegde flaunts her toned body in a…

Siddhant Chaturvedi mesmerises with his…