Varun Dhawan has been busy shooting for his next film Bhediya in Arunachal Pradesh. In fact, the actor has been posting regular updates of the shoot from location. Recently the Chief Minister of Arunachal Pradesh, Pema Khandu, dropped by the shoot location to interact with the crew of the film, and invite them for a special dinner. 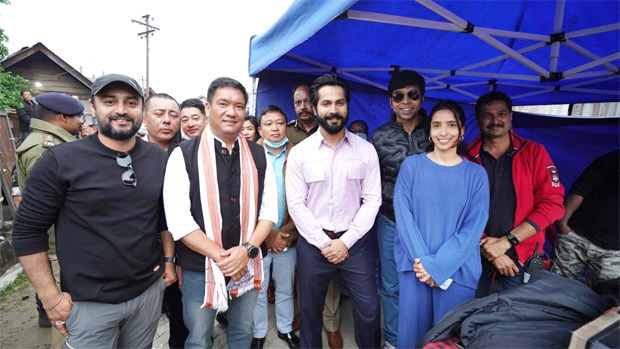 Talking about the Chief Minister’s visit a source close to the project tells us, “Bhediya is Varun Dhawan’s most ambitious project, and the crew are looking to wrap the final shoot schedule next week. Keeping this in mind and the fact that the shoot of Bhediya in Arunachal Pradesh has helped the local tourism industry the honorable CM of Arunachal Pradesh Pema Khandu visited the set all the way to Ziro, which is where they have been filming to thank the team to make Arunachal their home.” 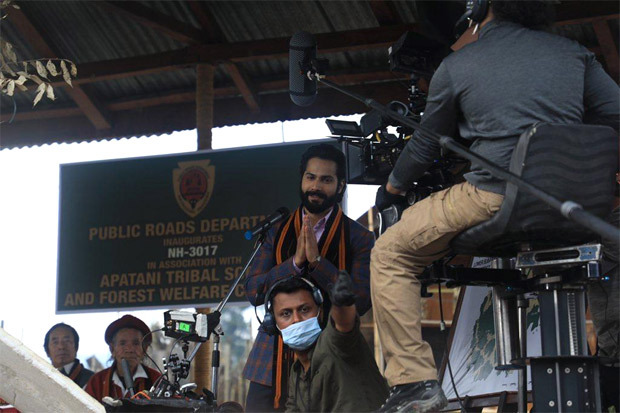 Continuing further the source adds, “Apart from the fact that the CM visited the location in Ziro, it was extra special for the entire team of Bhediya as the CM invited them to a special dinner that he was hosting specifically for team Bhediya.”

Also Read: Behind The Scenes: Kriti Sanon mock-pushes Varun Dhawan during a scene in Bhediya, saves him in time