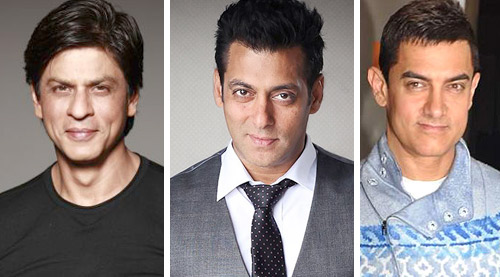 Undoubtedly, this is the casting coup of the century. Every producer's favourite fantasy - Shah Rukh Khan, Aamir Khan and Salman Khan together in one film-- is going to come true soon.

Producer Sajid Nadiadwala is the one who has beaten all the other dream merchants into bringing the Khan triumvirate of superstars in the same frame.

According to sources very close to Nadiadwala, "Sajid has decided to produce a film which will star the three Khan superstars. He may even direct the film himself, though that would depend entirely on the nature of the subject. The film will go on the floors in January 2017 and release in December 2017."

While other details of this super-ambitious project are being worked out, one has come to know that Nadiadwala has a story in mind on the lines of Manmohan Desai's Amar Akbar Anthony.

"It has to be a subject that does equal justice to all three superstars, or their fans would feel justice. Sajid is aware that each of three Khans has a solid massive and aggressive fan-base. None of the three Khans' devotees would forgive any slip-up in the projection of their favourite star. This is why he has decided to start shooting the project in 2017. There is ample scope to work out a plot which can accommodate the trio of titans without lurching into lopsidedness."

But Aamir and Shah Rukh have never worked together.