Abhishek Bannerjee was a casting director before he discovered a penchant for performing on screen. Those who have seen him play the funny guy in Stree are left shell-shocked at his brutal act in Netflix’s new series Paatal Lok where Bannerjee is unconditionally violent as the cold-blooded killer Hathoda Tyagi. 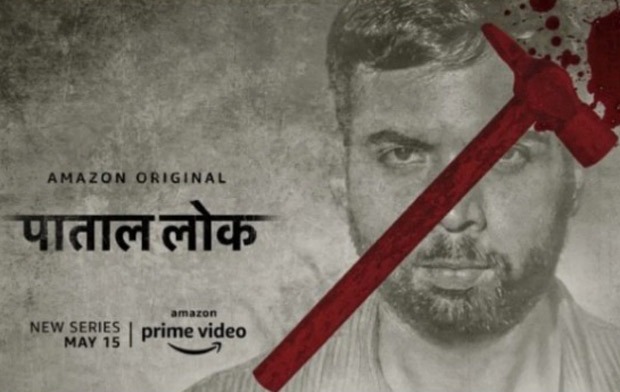 But praise is what Abhishek is getting in abundance. People on the social media are so scared by his sadistic act that they wonder what kind of a person he might be in real life. Abhishek who started his career as an actor in Rakeysh Mehra’s Rang De Basanti and Raj-DK’s Go Goan Gone (as the salesman in a condom store) says, “I always wanted to do extreme roles. I honestly never thought comedy was my forte. Par main life me hasmukh hun. That’s why I started with a comic cameo in Rang De Basanti where I was one of many boys auditioning for a part in a film on Bhagat Singh.”

Playing the ruthless assassin in Paatal Lok wasn’t easy for Abhishek. “I was scared, to be honest. In fact I did Ajji, an independent film, that was dark too. I played a serial killer in that. But this time I knew that my character has a reason. I try to crystallize all the angst which many of these Tyagis from underprivileged caste-oppressed communities feel. Sach bataun toh common man ka jo anger hai jo dil me rahta hai uska kuch kar nahi sakta. Bas usi ko acting me daal diya (the common can do nothing about the anger that he feels at injustice. I put that anger in my character).”

Abhishek feels we are fostering a society of unbearable inequality. “Woh gussa hai. Kahin kahin na kahi toh hai. Aur woh aur badhta hi jayega. Some are helpless. But there will be a time when their anger will spill over.”

Abhishek feels we need to learn from our past mistakes so that more Hathoda Tyagis are not created. “I seriously wonder why we don’t learn from the past. Every big kingdom fell because of a revolution. But we people don't learn.”

At the moment Abhishek is enjoying the attention coming his way for Paatal Lok. After that we will see him only in comic roles. “I have Satram Ramani’s Helmet, Umesh Shukla’s Aankh Micholi. All comedies, all featuring me in light-hearted roles. It's very difficult to make people believe that you can do different parts.”