An eminent female personality of India & one of the producers of nationalistic film Rashtraputra and Aham Brahmasmi, the first mainstream Sanskrit film of World Cinema, Kamini Dube addressed media about the decline of Indian Cinema that it is high time to think and act for the survival of Indian Film Industry. The bitter truth is that Indian Film industry especially the Hindi film industry is dying. Kamini Dube, who has started her cinematic journey internationally with the legendary film company The Bombay Talkies Studios to create woman empowerment through her creative commitments. She is the only lady producer from Asia who created the history for Indian Cinema to showcase the revolutionary epic Rashtraputra at Cannes International Film Festival on May 21, 2019 which is written, directed and acted by military school alumnus Aazaad. 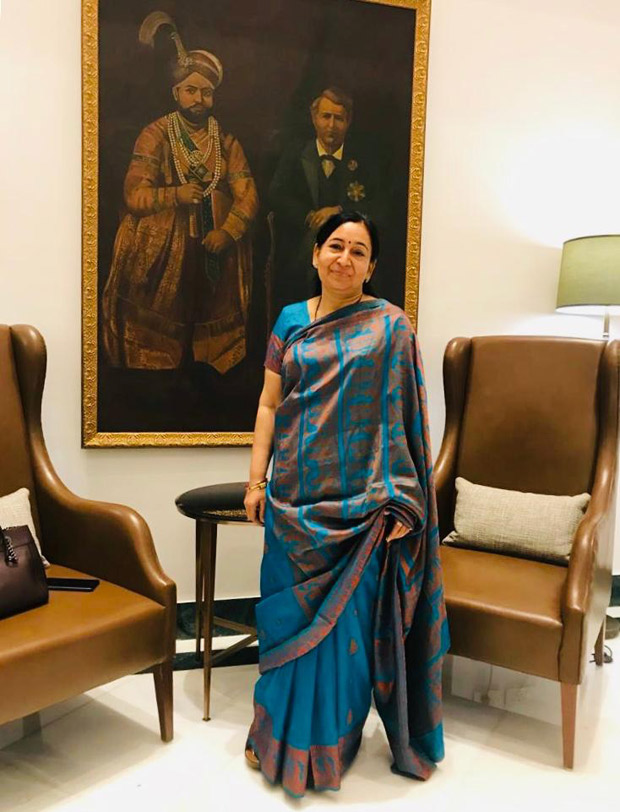 Kamini Dube encourages the real thought of ancient culture to leave the mark on people to rejuvenate the long lost language Sanskrit. She wishes to nourish the root of human existence by evoking the eternal essence through her forthcoming venture Aham Brahmasmi, which is the first mainstream feature film in Sanskrit.

Sharing her opinion and providing a solution for the deep rooted problem she said, “All the associations associated with the film industry should take notice and do the needful to secure the release of any film because their members are associated with the films. It is very difficult for a single producer to release his or her film in a proper manner. All the aspects of releasing from PR Publicity to RO, It’s so expensive and sky high that the producer feels like a scapegoat. Thousands of films are waiting to see the light of the day but no buyer, no distributer, no exhibiter is interested to release the films. Films are being made without any concrete and safe future for the sake of ailing producers, I myself going to establish a trust/foundation to do the needful for the release of needy films without taking any profit. I hereby invite all the associations to come forward and join the mission ‘Save The Film Industry’.

Kamini Dube said personally she doesn’t have these types of extreme problems as she is associated with the legendary film company, The Bombay Talkies Studios but she has a deep concern for the producers in general who has everything on stake. If the film industry is the family, then all the associations should come together to properly release a film and save the suffering industry. Industry is not limited to merely seven or eight characters or production houses. The multiplex system is ruining the films as they are only interested in selling cokes and samosas rather than films. As the multiplexes are established and created with the help of the government, according to the rules and regulations to support the film industry, with subsidy or rebate on different type of taxes. The multiplexes should remember their legal, logical and ethical role towards the industry and the concept of co-existence.