The very talented Marathi director Sameer Vidhwana who made the outstanding cult hit Anandi Gopal in Marathi in 2019 is now embarking on a new phase in his career. Sameer is all set to make his high-profile debut in Hindi cinema with a film curiously entitled Satyanarayan Ki Katha. This romantic film to be produced by Sajid Nadiadwala will star Kartik Aaryan in the title role. 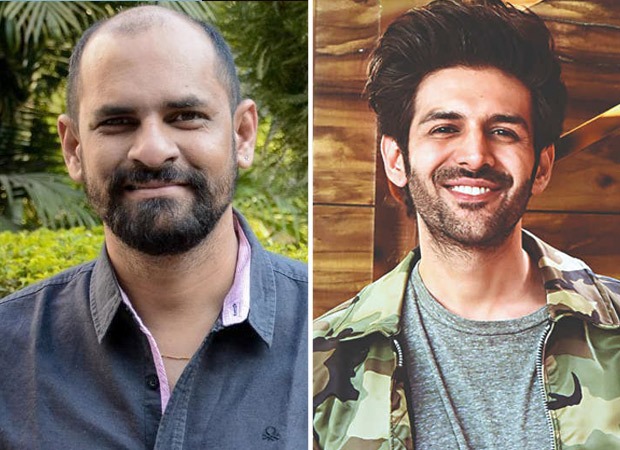 Sameer moves to his pan-India project with a surge of emotions. “I am nervous and anxious. I am also curious to know where the journey will take me. I have been working on the script of Satyanarayan Ki Katha with my writer Karan Sharma for almost two years. When I narrated the script to Kartik Aaryan he was most excited. Then I narrated it Sajid Nadidawala. He too loved it. It’s very encouraging to see such huge commercial names being so passionate about a different kind of love story.”

Sameer says Satyanarayan Ki Katha is a love story with a very tender innocent heart. “Just like Anandi Gopal which has been universally liked. I am surprised that even today more than two years after it release I meet people who are seeing Anandi Gopal on Zee5 and getting deeply moved by it.”

Anandi Gopal was the story of the first female doctor of India Anandi Gopal Joshi who at the age of 9 was married off to a widower more than twice her age. The husband encourages and supports her education and induction into medical history.

Says the director, “Satyanarayan Ki Katha is again a unique moving love story. It will bring out a facet of Kartik Aaryan’s talent which audiences haven’t seen so far. Kartik is an immensely talented actor. I wanted only him for this role.”

As for the leading lady, the search is on. “The female lead is also very important. We are looking at various names.” A completely fresh face in the female lead is not ruled out. Sameer Vishwans wants to shoot the film in winter. “Around November-December when love is in the air.”