Janvhi Kapoor, who has been busy shooting for Gunjan Saxena biopic, rang in her 22nd birthday with her family in Varanasi. The actress, her dad Boney Kapoor, and Khushi Kapoor celebrated her birthday with a maha aarti on the banks of Ganga followed by a celebration at a palace. While the wishes pour in for the actress, one special birthday message came from Sara Ali Khan. 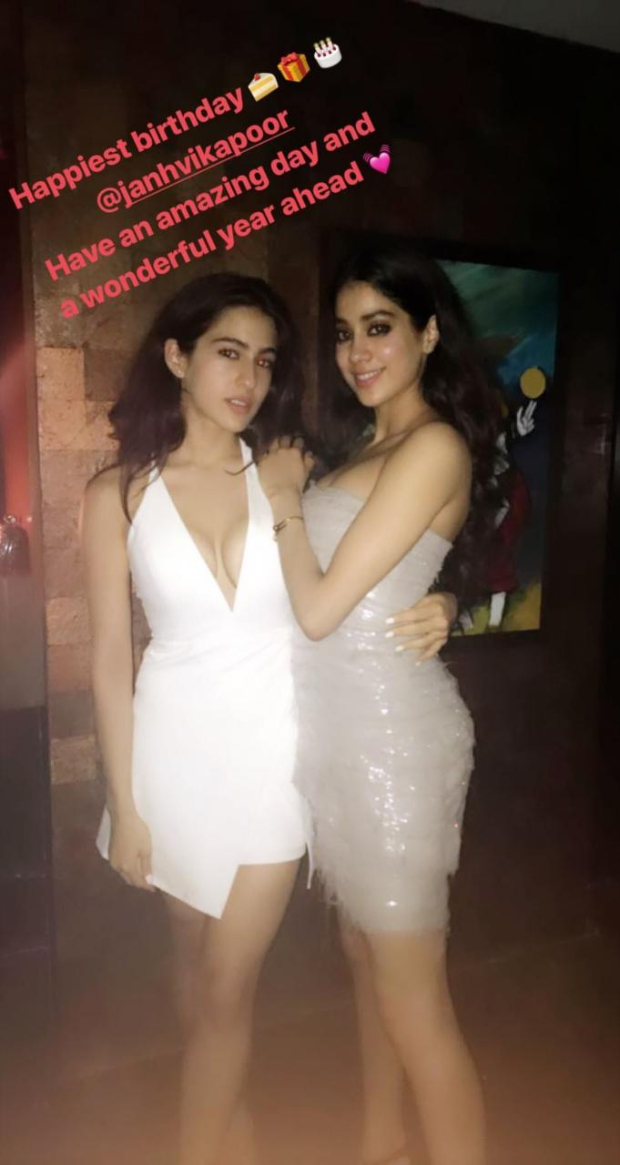 Sara Ali Khan took to her Instagram stories to share a glamourous photo of herself with Janhvi Kapoor. It looked like from one of the parties from last year. She wrote, "Happiest birthday Janhvi Kapoor, Have an amazing day and a wonderful year ahead."

The year of 2018 saw the launch of many star kids. Two of the anticipated debutantes of the year were Sara Ali Khan, daughter of Saif Ali Khan and Amrita Singh and Janhvi Kapoor, daughter of late Sridevi and Boney Kapoor. While there were many speculations on supposed rift between the two stars, they have time and again proved that they are buddies and will support each other's work.

Meanwhile, on the work front, Sara Ali Khan is back on the sets for her third film. She will be starring opposite Kartik Aaryan in Imtiaz Ali's romance drama which is reportedly a sequel to Love Aaj Kal 2. Janhvi Kapoor, on the other hand, will be starring in Gunjan Saxena biopic and has been training for the role of a combat pilot.

ALSO READ: Janhvi Kapoor rings in her 22nd birthday with maha aarti on the banks of Ganga, Boney Kapoor and Khushi Kapoor join her at Taj Nadesar Palace