Janhvi Kapoor, who is busy shooting for Gunjan Saxena biopic, kick-started her birthday by keeping it in the family and in the most spiritual way. The actress along with her dad Boney Kapoor and sister Khushi Kapoor took off to Varanasi to ring in her birthday by performing Maha Aarti on the banks of Ganga. She also sought blessings at Kashi Vishwanath temple. 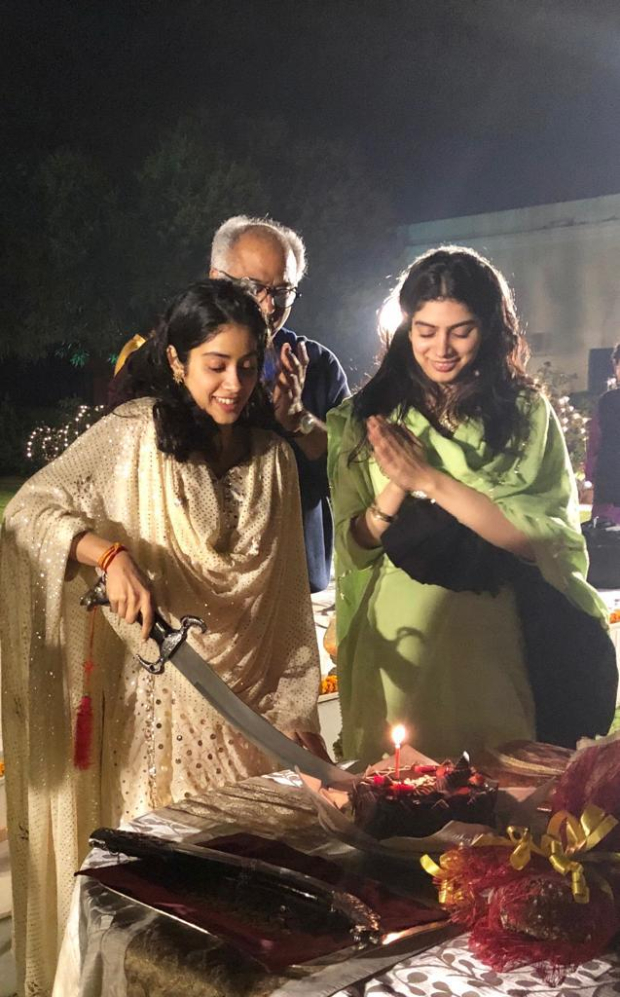 A special celebration was organised at the Taj Nadesar Palace in Varanasi where the entire palace was decorated with lights. The actress was seen cutting the cake with her father and sister. Boney Kapoor gave a sweet kiss while Khushi fed her cake. They enjoyed a boat ride and the serene environment of Varanasi. Janhvi kept it elegant in traditional wear for her birthday.

Janhvi, this morning, shared a thankyou note for all the well-wishers. "Thankful & grateful. For all your love and blessings. For every opportunity. For my family. For my country. Love you all!," she wrote alongside her picture while enjoying the scenic beauty of Varanasi.

Thankful & grateful. For all your love and blessings. For every opportunity. For my family. For my country. Love you all!

Meanwhile on the film front, after making debut with Dhadak and wowing audiences, Janhvi Kapoor is part of some of the biggest films next year including Karan Johar‘s Takht & the Gunjan Saxena biopic with other interesting announcements in the pipeline.