Last Updated 29.09.2020 | 9:46 PM IST
feedback language
follow us on
Home » News » Bollywood Features News » Bollywood News Sara Ali Khan opens up about what she feels is the most important aspect when it comes to choosing roles

The promising actress who emerged as the best debutant with her first film, Sara Ali Khan is also the most sought after actress currently where her films have charted smashing records at the box office. With the beginning of a successful acting journey, this is what Sara has to say about what the most important thing is for her! With many things happening simultaneously, the most important thing for Sara for her career as an actor is conviction. Talking about it Sara shares, "I look at my career as a new chapter and it gets extremely important to act. I think it's extremely important to do good work and it's extremely important to remember that fame. So one thing that I look for sure is a conviction. Either in my role or in my director, or in my script, or in the world there needs to be a conviction." 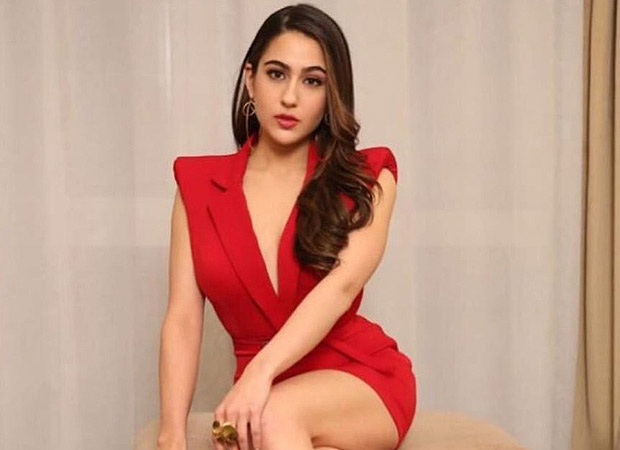 The actress seems to be grounded even after seeing success early in her career, owing to the values she has inculcated throughout her life and a testimony of the same is the gestures of the actress at various instances. Sara created immense buzz much before her debut and is a paparazzi favourite which surely makes her the ‘buzz girl’ of the industry.

Sara chose the unconventional path as she made her debut in the Hindi film industry right after she finished her education where she studied abroad. Only after the release of her films, Sara chose to get featured on the covers of the leading magazines. Spotted always with a smile and greeting everyone the actress comes across as the warmest celebrity.

Sara Ali Khan who is just 2 films old in Bollywood, has become the sensation within such a short span of time with marketers betting big on her and filmmakers seeking to sign her. The actress already has 11 brand endorsements in her kitty, with estimated annual revenue of over 30 crores, this year alone and the brands range right from a sports brand to a jewellery brand. The actress will be next seen in recently announced Imtiaz Ali’s next alongside Kartik Aaryan and with Varun Dhawan Coolie No. 1 both of it slated to release next year.

Also Read: Sara Ali Khan kicks off this new campaign for PUMA and the photos are definitely spunky! [See photos]