While she is busy with her films which includes the untitled Kartik Aaryan venture and Coolie. No 1 remake, Sara Ali Khan is focusing on her endorsement deals too. The actress had revealed on social media that she was brought on board for the sports brand Puma. Now she is all set to kick off a new campaign for the same and has shared a sneak peek of it on Instagram. 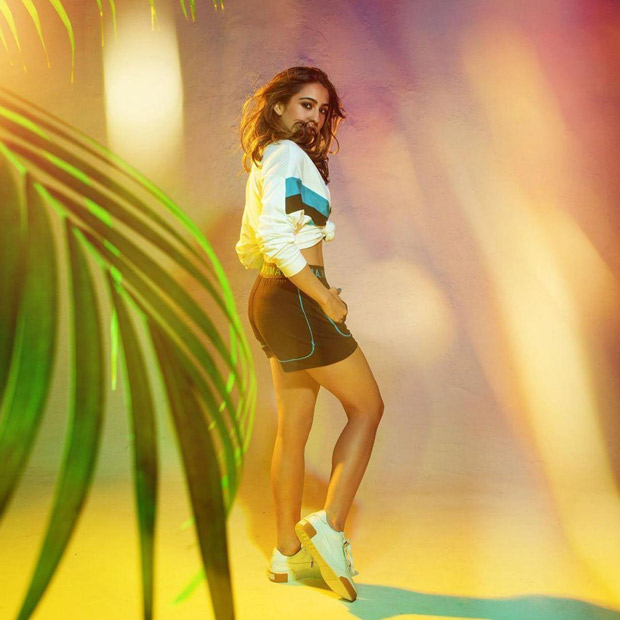 Sara Ali Khan kicks off this new campaign for PUMA and the photos are definitely spunky! [See photos]

Sara Ali Khan posted a series of photos from the Puma photoshoot for their Puma Cali range and the photoshoot needless to say is hot! We all know that the actress has a very peppy vibe and her recent photoshoot is vibrant as it gives a glimpse of their latest collection!

On the work front, after completing her shoot schedule in Delhi, the team of her next, Love Aaj Kal sequel is expected to be shooting in Mumbai. The Kartik Aaryan film is yet to be titled and it is directed by Imtiaz Ali. Sara’s next film is Coolie No. 1 remake alongside Varun Dhawan and it will be directed by the latter’s father David Dhawan. The actress will be playing the role essayed by Karisma Kapoor in the original whereas Varun will be seen as Govinda from the 90s blockbuster.

Also Read: Video of baby Sara Ali Khan playing on the sets of a Saif Ali Khan film is going viral and we are LOVING it!