Ever since Sara Ali Khan and Kartik Aaryan were cast in Imtiaz Ali directorial, the fans have been eagerly catching their glimpses from the sets of the film. Some fans are even eagerly rooting for them to be together. One may remember that Sara confessed on Karan Johar’s chat show Koffee With Karan 6 that she would like to date Kartik. While many speculated it to be Love Aaj Kal 2, it is yet to be given a name. Meanwhile, they are celebrating their award wins on the sets of the film. 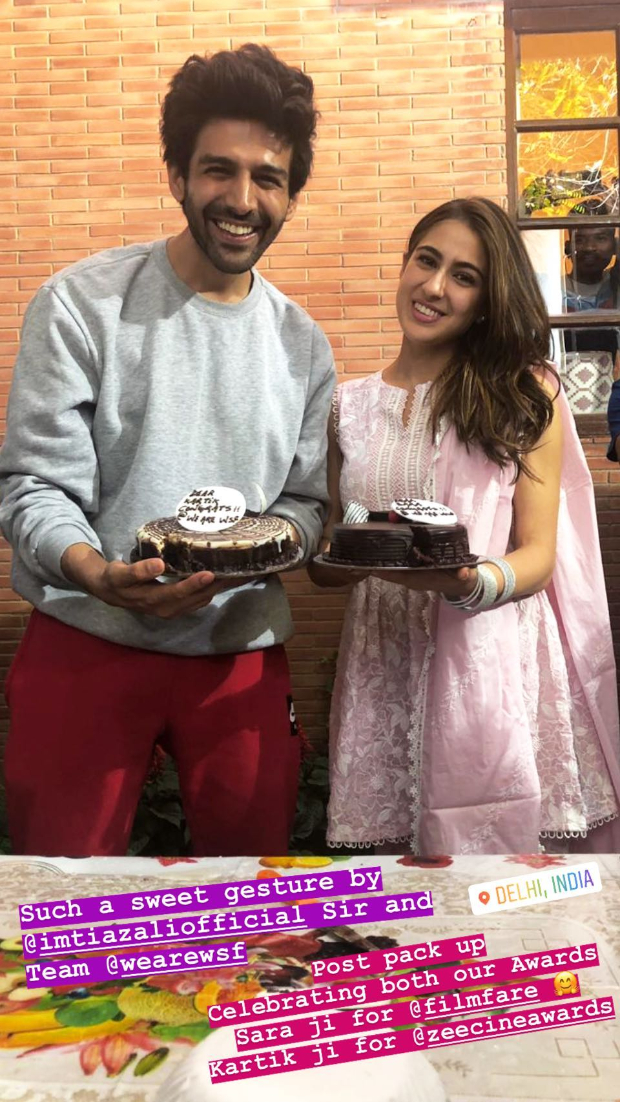 Just last week, Kartik Aaryan took home the Best Actor in Comic Role Award for his performance in Sonu Ke Titu Ki Sweety at Zee Cine Awards 2019. Sara Ali Khan, who made her smashing debut in Kedarnath, bagged her first Filmfare Award for Best Debut Actress.  As the two of them are over the moon, they received a special surprised while filming on the sets of Imtiaz Ali's movie. They were surprised with cakes and champagne as the cast and crew celebrated their wins. 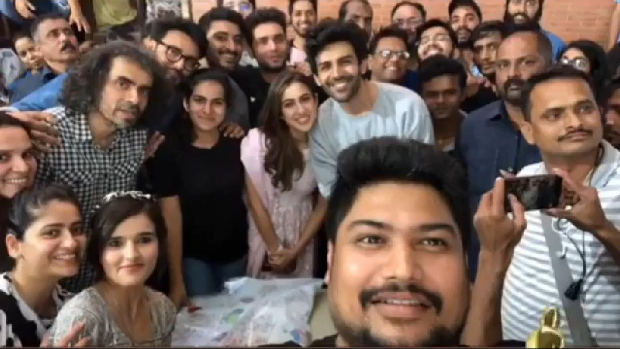 Kartik and Sara posed with their cakes as he captioned the photo, "Such a sweet gesture by @imtiazaliofficial sir and team @wearewsf. Post pack up celebrating both our awards. Sara ji for @filmfare and kartik ji for @zeecineawards."

Last week, Sara Ali Khan and Kartik Aaryan announced that their film will release on February 14, 2020. Sara had shared the first glimpse of the film in which she is leaning on Kartik’s shoulder. Imtiaz Ali’s untitled drama began in Delhi. Sara Ali Khan and Kartik Aaryan will reportedly shoot for a month in the capital. Jio Studios, Dinesh Vijan’s Maddock Films, Imtiaz Ali & Reliance Entertainment’s Window Seat Films will present the film which is currently on floor.