Actress Sara Ali Khan is a fitness enthusiast. Recently, the actress was also seen exercising even at her vanity can. The Kedarnath actress was performing deadlifts (a weight training exercise in which a loaded barbell is lifted off the ground to the level of the hips). 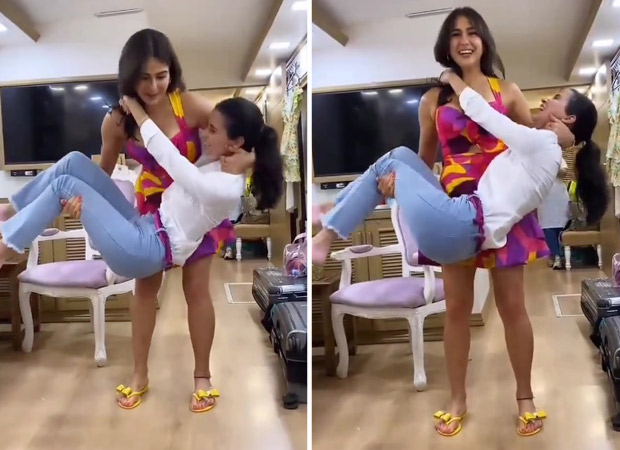 The actress did the deadlift but with a hilarious twist. She used her bestie whose name is also Sara instead of dumbells. Sharing the video on her Instagram story, the actress wrote an even more hilarious caption that reads as "Dead weight or dead lift?" Sara was seen wearing a multicoloured short dress. She shot the video ahead of her professional shoot. Seeing the video, fans and netizens have got amused with the actress.

On the work front, Sara Ali Khan will next be seen in Aanand L Rai's film Atrangi Re opposite Akshay Kumar and Dhanush. The film is scheduled to release on August 6, 2021.