Vicky Kaushal, who was last seen in the blockbuster Sanju, is busy wrapping up his film commitments. But despite that, he is ready to take some time out to contribute his share for the society.  In fact, he began his initiative early on August 17. He reached Mumbai's Veera Desai Road to fill potholes at 6.30 am on Friday to kick off the campaign.  The actor joined Dadarao Bilhore and helped his mission to raise awareness about road safety. Dadarao, who is a vegetable seller, has so far filled 600 potholes in the last three years. 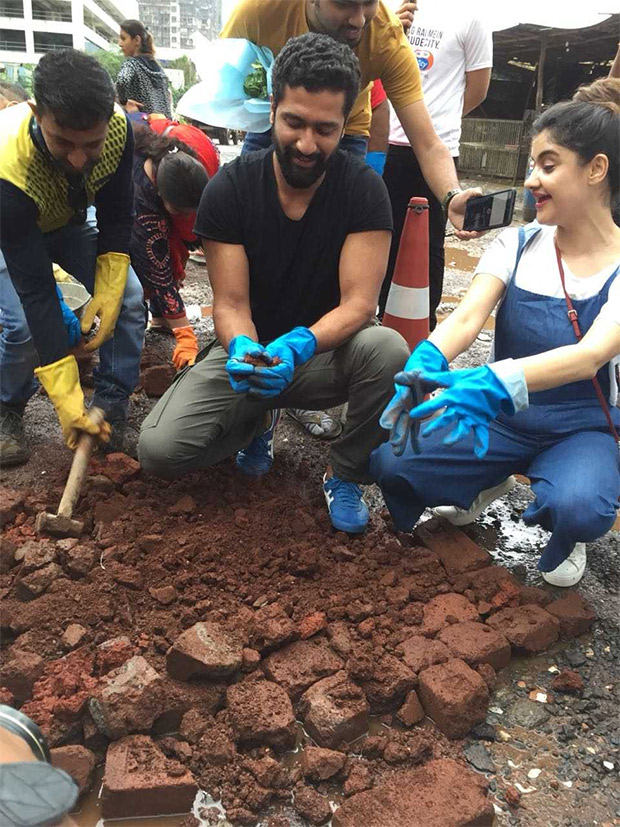 Speaking on the campaign, Vicky Kaushal said, "The road is right behind my building and thanks to the untimely rains, Mumbaikars face the misery of bad roads every day. It’s dangerous not just for those driving down them but also the pedestrians. I spoke to Dadarao, heard his story, learnt how to fill potholes and felt good doing it for a couple of hours. It was the best way to begin my day. After that I headed to Chembur for my film shoot.” 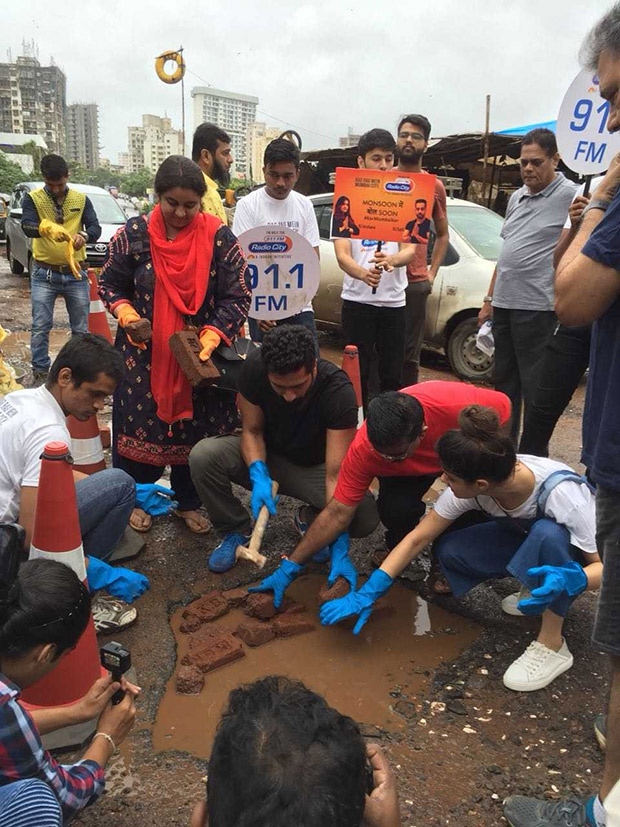 The actor has grown up in Mumbai and faced the traffic jam caused by this gutted tracks himself. "It takes hours just to cross that junction today when once it was the shortest route to the highway. There were 10-15 people working together and it felt good doing something for the city,” he added. 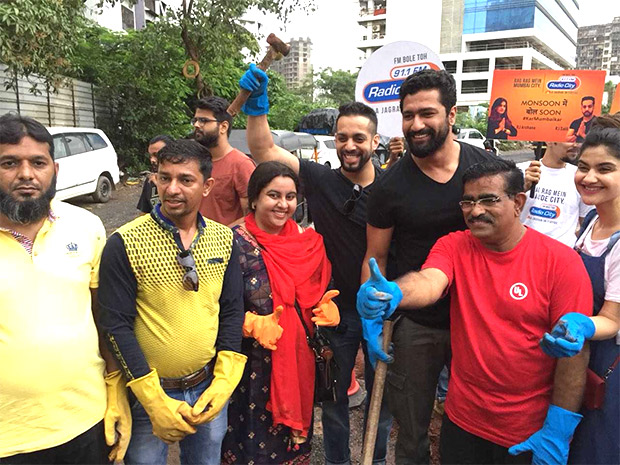 Vicky Kaushal also believes that having a celebrity associated with a campaign encourages more participation and creates awareness. “It's a problem that needs to be addressed urgently.  If we can reach out to more people, I would be the happiest,” he concluded.

.@vickykaushal09 fills potholes in Mumbai in an appeal for better roads.| @realbollywoodhungama

Vicky Kaushal, who recently returned from Indian Film Festival of Melbourne, has quite a bit of films in the pipeline. The actor has kicked off the shoot of his next, Uri which is based on the 2016 Uri attacks and will be seen alongside Yami Gautam. He plays the role of a military official. On the other hand, he has been brought on board for Karan Johar’s ambitious drama on the Mughal Empire, Takht where he will be seen with Kareena Kapoor Khan, Ranveer Singh, Alia Bhatt, Bhumi Pednekar, Anil Kapoor and Janhvi Kapoor. 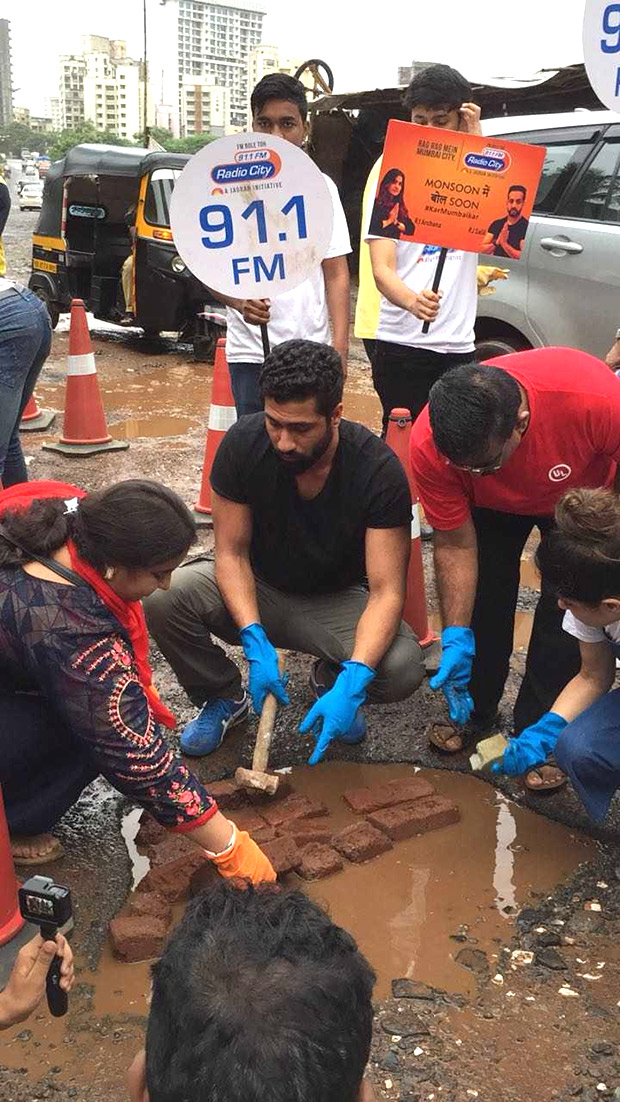