Ranbir Kapoor’s Sanju is still running in packed houses in the country and has made record breaking business at the box office. While Ranbir is being appreciated for his gritty performance in the movie, Vicky Kaushal who plays his best friend Paresh Ghelani won rave reviews from critics. He got into the character so effortlessly that it piqued interest of masses to know more about the real life character from which Vicky’s character Kamli has been adapted. For the uninitiated, Rajkumar Hirani drew inspiration from about five friends of Sanjay Dutt and created Vicky’s character but his main motivation remains Sanjay’s long-time friend who is settled in the US, Paresh Ghelani or Parya. He recently came down to India and had a chance to meet his reel version, Vicky. Delighted, Kaushal shared their image on social media and the fans went berserk! 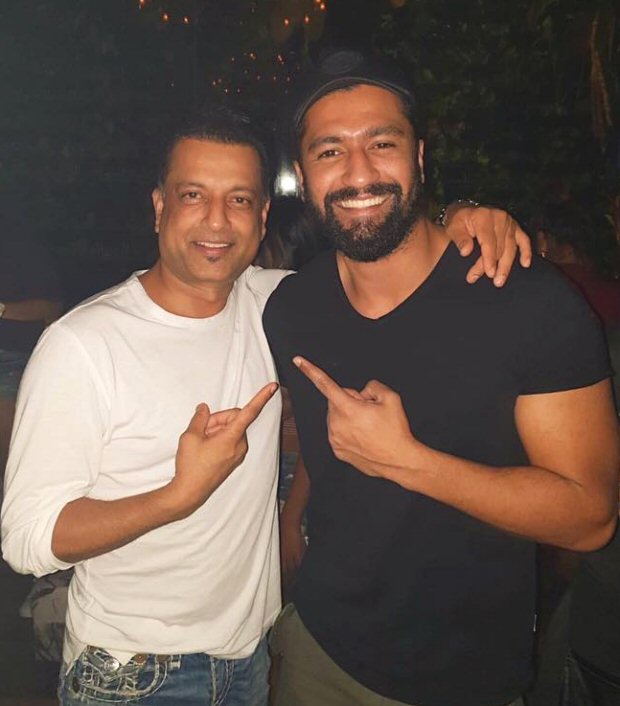 Vicky was shooting for Uri in Serbia and therefore caught the movie late. But when he did, he was bestowed with a lot of praise from the man of the moment: Sanjay Dutt himself. He said that he especially liked the way he showed the friendship between him with his best friend on screen. Kaushal gave his best to the role, there is no denying the fact and he was much appreciated for his effort too. But he revealed that his biggest validation came from Sanjay Dutt himself.

Vicky is on a roll after delivering an amazing performance in Raazi with Alia Bhatt earlier this year and now Sanju. He was also seen in Karan Johar’s Lust Stories on Netflix.