Sanjay Dutt's daughter Trishala Dutt surprised her followers with an unseen picture from her childhood. In the picture, she is seen posing with Neetu Kapoor. In the picture, a young Trishala gives Neetu a hug as the duo smile for the camera. 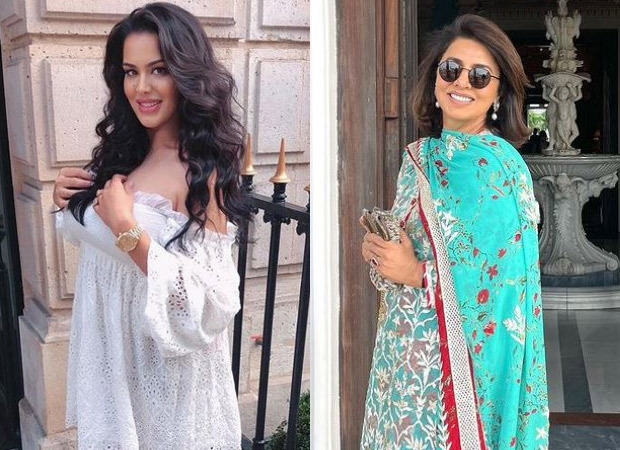 Trishala shared the picture on her Instagram handle and wrote, "Look what I found!! Love you (Neetu Kapoor),” Neetu Kapoor took to her Instagram stories to repost the picture and said that she is proud of Trishala. "Awww too adorable. So proud of what you are doing. Would love to have a consult,” Neetu wrote. 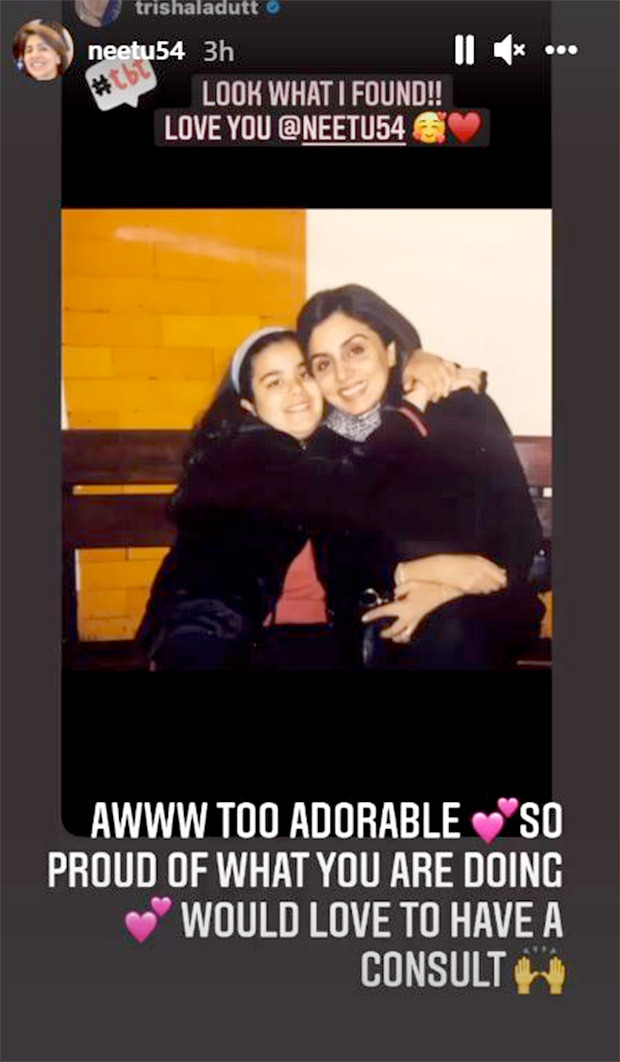 Unlike her father, Trishala opted to not be a part of the film industry; she is a psychotherapist by profession and works in the United States of America. She often speaks about mental health through her social media handle and also holds Ask Me Anything sessions and addresses questions related to mental health.

Trishala is Sanjay Dutt's daughter from his first marriage to Richa Sharma. Richa and Sanjay married in 1987. Richa was diagnosed with a brain tumour and died in 1996. Sanjay then married Maanayata in 2008.