The upcoming track of Sony Entertainment Television’s most loved show, Kuch Rang Pyaar Ke Aise Bhi: Nayi Kahaani will witness a lot of added twists and drama in the lives of Dev (Shaheer Sheikh) and Sonakshi (Erica Fernandes) as Sanjana (Sana Amin Sheikh) resolves to declare her feelings to Dev. The confession will come as a shock to Dev who in return, will make it clear to Sanjana that he does not share the same feelings for her. What makes this track even more interesting is the appearance of ace singer Amaal Mallik who will be lending his voice to a sequence in the show. Presenting his song, ‘Pyar.. Ek Tarfaa’, the singer will add the much-required emotion to the situation going on between Sana and Dev, aptly so with his song. 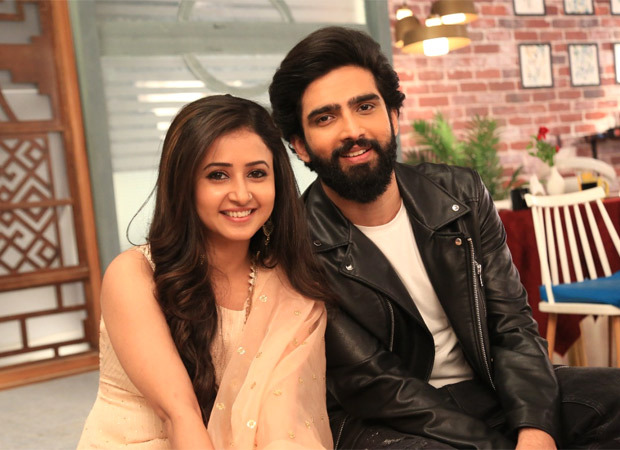 Talking about the upcoming track, Sana Amin Sheikh said, "The audience has already learned about Sanjana's love for Dev and how she has attempted to get closer to him at every given opportunity. Sanjana decides to disclose her affections to Dev in the upcoming episode since she can no longer contain her emotions and wants Dev to know about them. It would surprise her to learn that her love is one-sided, and Dev has no plans to pursue it further because he is content with his married life with Sonakshi."

Shaheer Sheikh also shared his thoughts, and said, "Dev would be surprised by Sanjana's confession because he did not expect her to feel for him in a different way than an employee or a colleague. Dev has already gone through a lot of difficulties with Sonakshi (Erica Fernandes) due to many misunderstandings, and they have finally begun to share that bond again, and he has no intention of disrupting that connection. As a result, Dev will politely reject Sanjana's confession and state unequivocally that this will never happen."

Talking about his song ‘Pyar..Ek Tarfaa’ and how it is related to the upcoming track of the show, Amaal Mallik said, "Sanjana loves Dev with all her heart, who cannot return the same love, and that upsets her. The song is for people who resonate with Sanjana’s character, and anyone in general who’s been in love but not seen the true fulfilment of that love."

He further added, "The emotion in the song is extremely positive. You don’t sense any regret, malice or anger that his love is one sided. It’s a celebration of being in love and that, in my opinion is how pure the feeling is. I hope everyone who listens to the song feels the same."

When Sonakshi learns about Sanjana's intentions, she is taken aback, and rightly so. It will be interesting to see how she reacts to this revelation and what lies ahead in this one-sided situation.

So, get ready to experience the magic of one-sided love ‘Pyar..Ek Tarfaa' with Amaal Mallik on Kuch Rang Pyaar Ke Aise Bhi: Nayi Kahaani, which airs on Sony Entertainment Television every Monday to Friday at 8:30 p.m.