Television stars usually share a great rapport with each other and their friendships last for the longest time. We’re already aware of Sanaya Irani and Drashti Dhami being the best of friends and recently, at a close friend’s wedding reception the duo reunited along with a few other close friends and we’re in love with the pictures! 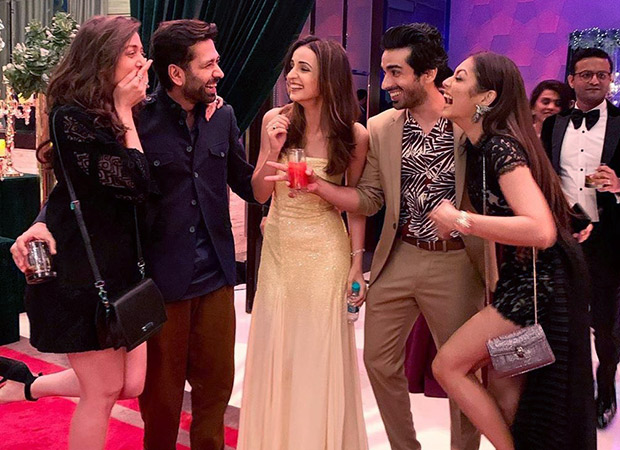 Along with Drashti Dhami and Sanaya Irani, her husband Mohit Sehgal, Nakuul Mehta and his wife Jankee were attending the reception and the five of them posed together for a couple of pictures. Sanaya posted the pictures and we’re rooting for more such reunions in the near future.

How did you like their pictures? Be sure to let us know in the comments below.

Also Read: Sanaya Irani and Mohit Sehgal’s vacation in Dubai is all about the piggy back rides and chilling by the pool