Superstar Salman Khan Bollywood tour, Da-bangg tour is all set to take the center stage in Riyadh. The night of December 9 marked Katrina Kaif and Vicky Kaushal's wedding and on the other side, Salman Khan and his Da-Bangg team reached UAE and got an amazing welcome from the Saudi Royal Court Advisors. 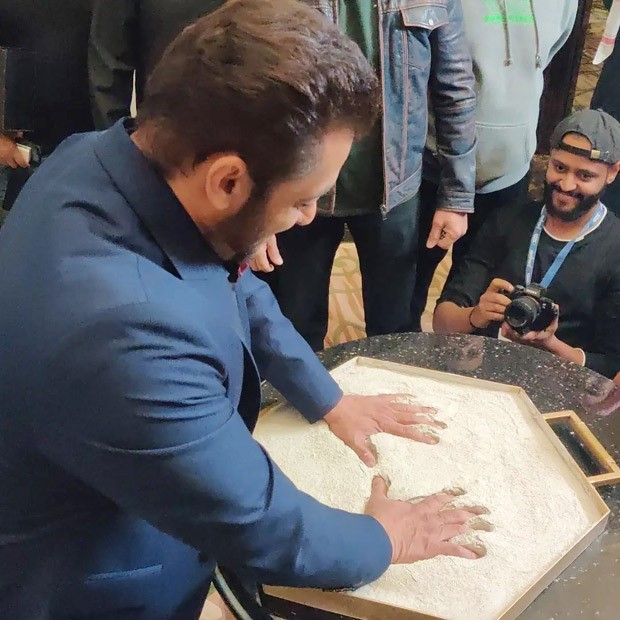 Last night, many videos went viral where Salman Khan was seen sharing a special bond with Saudi Royal Court Advisor Turki Alalshikh. Besides being a Saudi adviser in the Royal Court, Turki Alalshikh is also the presiding Chairman of the General Authority for Entertainment, as established by the Royal Decree. A video was posted by Turki Alalshikh with the caption, “With my brother the superstar Salman Khan @BeingSalmanKhan." Bhai, being the sweetheart he is, reposted the picture with reciprocating his brother’s feelings. Along with the repost, he wrote “Lovely meeting you my brother…. @turkialalshik".

Salman Khan was also seen addressing a press conference ahead of the musical concert. Before beginning the tour, Salman Khan’s Hands impressions were added to the ‘Historic Wall of Fame of Boulevard’, Riyadh.

Jacqueline Fernandez who was supposed to be part of this tour, is currently in India, under investigation for allegedly being involved in a money laundering case but it has now been confirmed that Jacqueline will be performing at the event. Salman said, “She will be here tomorrow at the concert and will perform.”

The much-awaited concert will be on the international stage in Boulevard, one of the most attractive zones for visitors who are looking for entertainment at the Riyadh Season.

Also Read: “I was a crazy fan of Salman Khan as a child” – says Tadap debutant Ahan Shetty